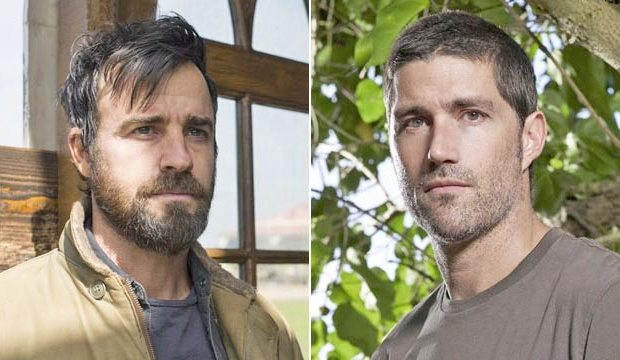 “Lost” fans nearly went bald pulling their hair out each year when leading man Matthew Fox continued to get snubbed at the Emmys. Fox’s Emmy drought ended for that show’s farewell season in 2010, which now leaves many awards pundits to wonder if “The Leftovers” star Justin Theroux can follow in Fox’s footsteps by picking up a goodbye bid as Best Drama Actor. Interestingly enough, both shows were co-created by Damon Lindelof and told the stories of realistic characters dealing with otherworldly situations.

There are many other examples of performers being snubbed until they finally got in for their shows’ last seasons, including Fox’s “Lost” co-star Elizabeth Mitchell in 2010, Alan Alda (“The West Wing”) in 2006, Tim Daly (“The Sopranos”) in 2007, Will Forte (“30 Rock”) in 2014 and Laurie Metcalf (“Getting On”) in 2016. Can Theroux follow this unique trend for HBO’s “The Leftovers” in the tight Best Drama Actor race?

As of this writing 20 journalists have made their predictions at Gold Derby, and these two believe that Theroux will earn an Emmy nomination: Michael Ausiello (TV Line) and Pete Hammond (Deadline Hollywood). Theroux played Kevin Garvey on “The Leftovers,” a former police chief who had a mental breakdown following the departure of 2% of the world’s population. He and co-star Carrie Coon are both earning awards buzz for this final season, which concluded just prior to the first round of Emmy voting.

Six of our Emmy experts predict that Bob Odenkirk (“Better Call Saul”) will be the category’s winner for playing Jimmy McGill/Saul Goodman on the just-renewed AMC legal drama. They are: Ausiello, Eric Deggans (NPR), Joyce Eng (TV Guide), Hammond, Adnan Virk (ESPN) and Glenn Whipp (Los Angeles Times). Though he lost both of his acting Emmys so far for spinoff series “Better Call Saul,” Odenkirk did win a pair of Best Variety Writing trophies for “Saturday Night Live” (1989) and “The Ben Stiller Show” (1993).

And the final prognosticator — Kerr Lordygan (Rotten Tomatoes) — predicts that Matthew Rhys (“The Americans”) will prevail. A surprise nominee last year, Rhys shouldn’t be a shocker this time around as “The Americans” concluded its fifth season to rave reviews on FX. If Emmy voters fall even harder for the topical Russian spy drama this year, Rhys could easily take home the gold for playing conflicted agent Philip Jennings. His co-star Keri Russell could also win Best Drama Actress.

None of the pundits are currently predicting Kevin Spacey (“House of Cards”) to prevail, but 15 out of 20 think he’ll be nominated again for playing the duplicitous President Underwood on the Netflix series. Spacey actually has a combined eight losses so far for “House of Cards”: four for Best Drama Actor and four for Best Drama Series as a producer. Will the fact that the new season debuted at the tail-end of Emmy eligibility help Spacey stay top-of-mind with voters?

Six Emmy experts believe that Anthony Hopkins (“Westworld”) will earn a nomination for playing Dr. Robert Ford, the puppet-master of the western theme park filled with humanistic robots. Remember, Hopkins is an Oscar champ for “The Silence of the Lambs” (1991), something that never hurts with TV academy members as there is much cache to having an Oscar winner standing on their Emmy stage.

Liev Schreiber (“Ray Donovan”), who’s already earned back-to-back bids in this race for his Showtime drama, is next in line with five journalists forecasting he’ll return to the category. “Ray Donovan” is on the rise with Emmy voters, earning multiple nominations last year including its first-ever victory for Hank Azaria as Best Drama Guest Actor. Schrieber previously scored an Emmy bid as Best Movie/Mini Actor for “RKO 281” (2000).

Four prognosticators think that Billy Bob Thornton (“Goliath”) will be recognized for taking on the role of Billy McBride, a former high-powered attorney whose career makes an ugly turn. Thornton, a prior nominee for “Fargo” (2014), has a secret weapon for his freshman Amazon series: David E. Kelley. The veteran TV scribe has helped 30 different performers win Emmys over the past few decades, which bodes well for Thornton’s chances.

Another four of our Emmy gurus are backing a nomination for Brown’s co-star Milo Ventimiglia, who plays father Jack Pearson on “This Is Us.” This would be Ventimiglia’s first Emmy notice after years starring on watercooler TV shows like “Gilmore Girls” and “Heroes.” Will voters nominate Ventimiglia and Brown together in this category, making them the seventh duo in the past 30 years honored for the same show?

Rounding out the most likely Best Drama Actor contenders, two men have the support of three experts apiece to earn a nomination: Paul Giamatti (“Billions”), a former Emmy champ for “John Adams” (2008) and an Oscar nominee for “Cinderella Man” (2005); and Ian McShane (“American Gods”), who earned a 2005 bid in this race back in the “Deadwood” days. Meanwhile, Dan Stevens (“Legion”) and Theroux are both picked by two experts.