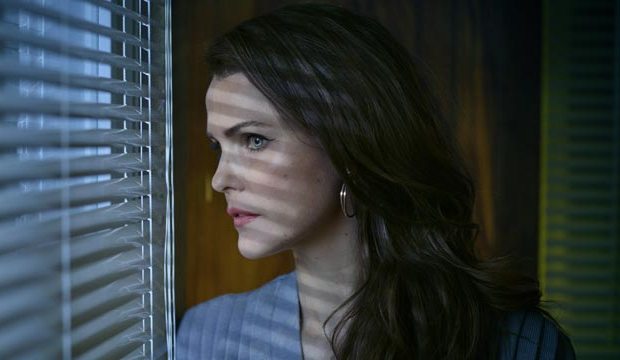 In the red-hot race for Best Drama Actress, most of Gold Derby’s Emmy experts are split between Elisabeth Moss (“The Handmaid’s Tale”) and Claire Foy (“The Crown”). However, one expert — Kerr Lordygan (Rotten Tomatoes) — goes rogue in predicting that Keri Russell will win for her long-running character of Elizabeth Jennings on FX’s Russian spy drama “The Americans.” It took four years for Emmy voters to nominate Russell, Matthew Rhys and “The Americans” in the drama races, and now increased buzz and attention could bring Russell her first victory.

In Russell’s favor is the fact that she’s constantly going undercover as Elizabeth, so she gets to play many different versions of the same character. That’s like catnip to Emmy voters, who love seeing performers show their range and versatility. Just last year fan favorite Tatiana Maslany (“Orphan Black”) won for playing multiple clones, with different looks, accents and personalities. With Maslany out of contention this year, might Russell benefit? Eighteen of our 20 experts think that Russell will at least be nominated, though only Lordygan forecasts that she’ll win.

None of our experts are currently predicting a victory for any other Best Drama Actress hopefuls, but 14 out of 20 believe that Viola Davis (“How to Get Away with Murder”) will be back in the race for the third year in a row after prevailing in this category in 2015. Davis, of course, is a recent Oscar champ for “Fences,” which could help her prevail at the Emmys for portraying cunning lawyer Annalise Keating on the addictive ABC drama.

The new season of “House of Cards” smartly steamed on Netflix just one day before the end of 2017 Emmy eligibility, and now 11 Emmy gurus predict that Robin Wright will earn her fifth consecutive bid for her role as First Lady-turned-Vice President Claire Underwood on the political thriller.

With the support of eight Emmy journalists, Christine Baranski is next in line as attorney Diane Lockhart on CBS All Access’s “The Good Fight.” A spinoff of “The Good Wife,” Baranski’s role has increased so she’ll be competing in the lead category this year. Will she earn an Emmy bookend to her 1995 “Cybill” victory?

NBC’s breakout hit “This Is Us” will earn a Best Drama Actress nomination for Mandy Moore, say seven of our prognosticators. The singer/actress has the benefit of playing family matriarch Rebecca Pearson in both of the show’s timelines, so voters get to see two vastly different performances from Moore.

Six pundits think that Carrie Coon (“The Leftovers”) will earn a nomination for the final season of “The Leftovers,” just one year after taking home the Critics’ Choice Award for her role as Nora Durst. Fans and critics alike praised Coon’s performance in the series finale, and she’s also top of mind for her starring role on FX’s limited series “Fargo.”

What would the Emmys be without seeing Claire Danes nominated for “Homeland”? Three experts predict she’ll earn her sixth straight nomination for playing Carrie Mathison on Showtime’s long-running CIA drama. She previously won in 2012 and 2013 for this role, and in 2010 for portraying the title character in HBO’s telefilm “Temple Grandin.”

Rounding out the likeliest contenders for Best Drama Actress, two leading ladies have the support of one expert apiece: Rutina Wesley (“Queen Sugar”) and Shiri Appleby (“UnReal”). See more of our experts Emmy odds and rankings.