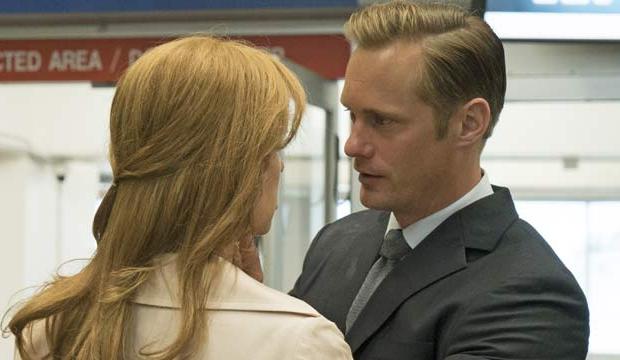 Before Emmy nominations were announced on July 13, our Experts were confident Alexander Skarsgard would be nominated for Best Movie/Mini Supporting Actor for his role as sadistic domestic abuser Perry Wright in “Big Little Lies,” but not that he would win. Now that the nominations have been announced, however, he has soared to the top of their predictions, though he’s far from a sure thing.

This is Skarsgard‘s first Emmy nomination, though he’s been on the TV academy’s radar before thanks to his prominent roles in Emmy winning programs “Generation Kill” and “True Blood.” And “Big Little Lies” was loved by the TV academy at large with a total of 16 Emmy nominations including Best Limited Series, so that support for the series could translate to a win for him here, even though he plays one of the least likable characters in this category. But that didn’t stop James Cromwell from winning this award as a sadistic doctor in “American Horror Story: Asylum” (2013) or Brian Cox as a bona fide Nazi in “Nuremberg” (2001). Sometimes well-liked actors actually get bonus points from awards voters for embodying especially insidious roles — see also: Bryan Cranston (“Breaking Bad”) and James Gandolfini (“The Sopranos”).

This is the second Emmy nomination for Molina, who previously contended in this category for “The Normal Heart” (2014). His role as “What Ever Happened to Baby Jane?” director Bob Aldrich in “Feud” isn’t entirely benevolent — he stokes the resentments of Bette Davis and Joan Crawford to maintain control over them — but the audience is invited to sympathize with his plight as a long-suffering director aiming to be taken seriously as an artist. The industry insiders who vote for the Emmys may especially be able to relate. And “Feud” is the most nominated movie or miniseries of the year with 18, so the industry has already responded wholeheartedly to it.

But Molina could potentially split votes with his co-star Stanley Tucci, who is predicted to win by two Experts: Eric Deggans (NPR) and Lynette Rice (Entertainment Weekly).

Tucci‘s role as ruthless studio head Jack Warner isn’t as prominent or as sympathetic as Molina’s, but Tucci gives a showy, scenery-chewing performance and a much stronger Emmy track record. This is his eighth Emmy nomination, and he has previously won three: Best Movie/Mini Actor for “Winchell” (1999), Best Comedy Guest Actor for “Monk” (2007), and Best Short Form Variety Series as a producer of “Park Bench with Steve Buscemi” (2016).

Matt Roush (TV Guide Magazine) is currently the only Expert predicting a win for David Thewlis (“Fargo”), whose villainy may put the rest of this category to shame. He plays V.M. Varga, a ruthless crime boss who doesn’t care who he has to kill to strip a small-time parking-lot business for all it’s worth. This is the first nomination for Thewlis, but the British thespian is a respected industry veteran, so voters certainly wouldn’t have any qualms about awarding him his first Emmy. Also, “Fargo” is another Emmy favorite with 16 bids, and Thewlis doesn’t have any nominated co-stars who might siphon votes away from him.

So which of our Experts are right? Or are they all underestimating the remaining two nominees from “The Night Of,” Bill Camp and Michael Kenneth Williams?