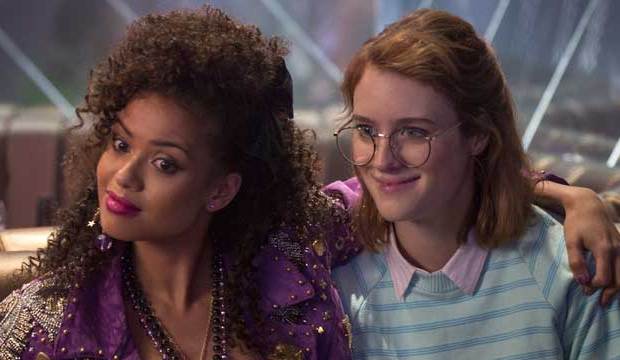 Before the 2017 Emmy nominations were announced on Thursday, July 13, the race for Best TV Movie looked like a contest between HBO’s true crime telefilm “The Wizard of Lies” and PBS Masterpiece’s “Sherlock: The Lying Detective,” but now that the contenders have been unveiled, the race has shifted towards the Netflix anthology series “Black Mirror,” which is nominated for its episode “San Junipero.” That’s according to 12 Experts we’ve polled from top media outlets for their early picks.

“San Junipero” only has one other nomination: Best Movie/Mini Writing, but “Black Mirror” also earned an additional cinematography bid for its episode “Nosedive.” Is that enough academy support to indicate that it’s the frontrunner in the top category? In most years perhaps not, but none of this year’s TV Movie contenders have broad academy support, and “Black Mirror” is the only one with a writing or a directing nom — it’s usually hard to win without a bid in at least one of those races.

The HBO telefilm about the downfall of criminal financier Bernie Madoff has the prestige to win the category with acting nominations for lead actor Robert De Niro and supporting actress Michelle Pfeiffer, and the film is also nominated for Best Movie/Mini Casting — the only telefilm in that category — but given its high profile it performed short of expectations with no nominations for its writing, directing, or supporting actors like Alessandro Nivola and Emmy darling Hank Azaria.

Gold Derby’s own Tom O’Neil is the only Expert currently predicting “Sherlock,” but perhaps there should be more Experts on that bandwagon. It’s tied with “Wizard of Lies” as the most nominated film in the category with four total bids. It has no writing or directing nominations, but that didn’t stop it from upsetting to win Best TV Movie last year against a film with much broader academy support (“All the Way”).

Our last Expert, Kerr Lordygan (Rotten Tomatoes) is going out on a limb for “The Immortal Life of Henrietta Lacks.” You can never rule out Oprah Winfrey, who is nominated as a producer of the film and previously won this category in 2000 for “Tuesdays with Morrie.” But this is the only nomination for the film, which puts it at a disadvantage.

With our Experts divided four different ways, who do you think is on the right track?