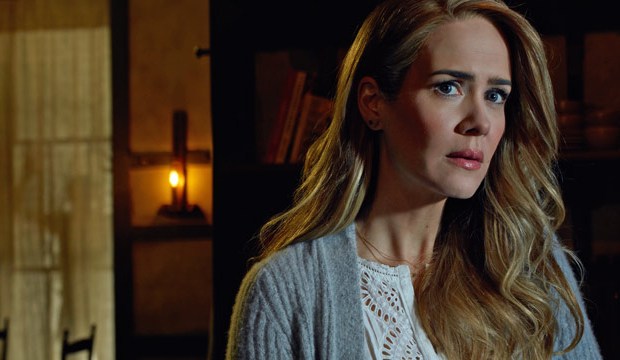 Sarah Paulson‘s Emmy streak has come to an end. The 2017 Emmy nominations were announced Thursday, July 13 and the “American Horror Story: Roanoke” scene-stealer was snubbed for the first time in six years. (See the Top 51 Emmy snubs.) Despite having the support of fans and experts, Emmy voters forgot about Paulson and the entire “AHS” cast this year including Kathy Bates, Adina Porter and Cuba Gooding Jr.

But honestly, Paulson doesn’t have anything to worry about. She’s coming off of a historic year on the awards front for playing Marcia Clark on “The People v. O.J. Simpson,” for which she took home the Emmy, Golden Globe, SAG, Critics’ Choice and TCA Awards. Not too shabby!

This is actually the first time “American Horror Story” has been snubbed in the acting races at the Emmys, a setback that’s partly thanks to showrunner Ryan Murphy‘s new limited series “Feud: Bette and Joan.” This FX project was such a success that it dominated the Emmys with a whopping 18 nominations including six for acting: Jessica Lange and Susan Sarandon in lead, and Judy Davis, Jackie Hoffman, Alfred Molina and Stanley Tucci in supporting.

Below, take a look at Sarah Paulson’s Emmy history so far, including her six nominations and one victory: