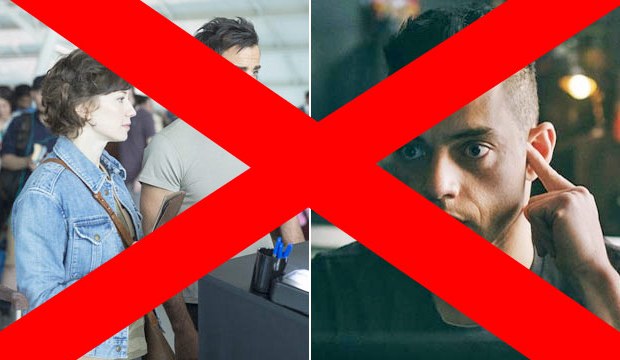 The 2017 Emmy nominations were announced Thursday, July 13 and amidst all of the welcome additions were a slew of unforgivable snubs. Many major contenders and frontrunners were left out in the cold, including last year’s Best Drama Actor winner Rami Malek (“Mr. Robot”). Other big names to miss out include Oprah Winfrey (“Immortal Life of Henrietta Lacks”), Kathy Bates and Sarah Paulson (“American Horror Story: Roanoke”). Reminder: “Game of Thrones,” “Outlander” and “Orphan Black” were all ineligible this year but they’ll return at the 2018 Emmys.

As for snubbed series, HBO’s “The Leftovers” only contends for one acting bid, while popular programs like “13 Reasons Why” (Netflix”) “Bates Motel” (A&E), “Doctor Who” (BBC), “The Good Fight” (CBS All Access) and “The Good Place” (NBC) were completely shutout. Despite seven nominations, “Transparent” (Amazon) failed to return to the Best Comedy Series lineup, while last year’s Best Drama Series nominees “The Americans,” “Homeland” and “Mr. Robot” were not invited back to that top race.

In this era of Peak TV it makes sense that not every worthy candidate can earn Emmy love, but there’s simply no excuse for ignoring some of these shows and performers. Below, see the Top 51 biggest snubs that were expected to contend based on Gold Derby’s racetrack odds. Did we miss anything? Let us know by sounding off down in the comments section below.

SEEEmmys shocker: ‘Saturday Night Live’ and ‘Westworld’ have the most nominations

NOT BEST REALITY-COMPETITION PROGRAM
“Dancing With the Stars”