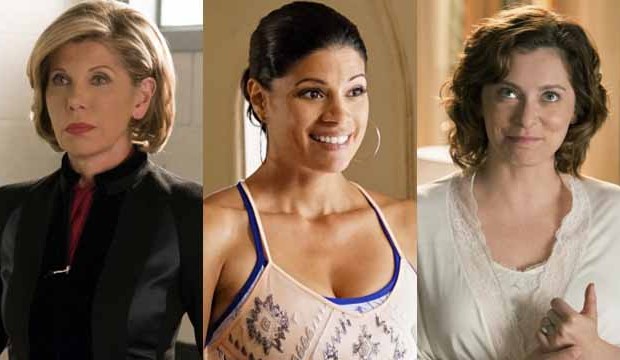 In a Gold Derby exclusive, we have learned the category placements of the key Emmy Awards contenders for CBS and CW. The network group no longer has long-time program “The Good Wife” (with Emmy winner Julianna Margulies) but does have the sequel “The Good Fight” with Christine Baranski moving up from supporting to lead actress. They also have comedy favorites “Crazy Ex-Girlfriend” and “Jane the Virgin” starring Golden Globe champs Rachel Bloom and Gina Rodriguez, respectively.

Below, the list of CBS and CW lead, supporting and guest submissions for drama and comedy series produced by CBS Studios. In addition, “Late Late Show with James Corden” looks to join the Best Variety Talk Series lineup again. “Late Show with Stephen Colbert” takes a second shot at joining that category. Please note that many network programs like “The Big Bang Theory” and “Mom” are not produced by CBS, so we will provide their category placements through their production studios. Also note that performers not included on this list may well be submitted by their personal reps.