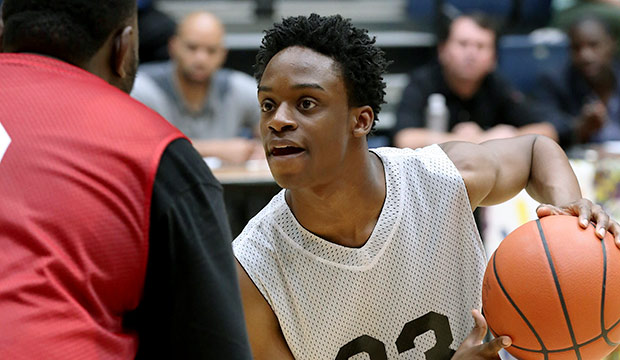 Since the Emmys introduced the Best Half-Hour Sound Mixing category ten years ago, the eventual Best Comedy Series winner has always been among the nominees, which means that “Atlanta” might need to oust one of last year’s nominees if it is really on the path to a Best Comedy Series upset. The nominees were:

“Atlanta” would be only the third first season to be nominated in this category in the last decade. The others were “30 Rock” in 2007 and “Modern Family” in 2010; they are the only Best Comedy Series winners for a first season in the last decade. Two series in their third seasons — “black-ish” and “Transparent” — might pose greater threats, even to the incumbent winner. They received their first sound nominations at the Cinema Audio Society Awards earlier this year, over “Mozart in the Jungle,” which is yet to be recognized by that industry organization. The CAS awarded “Modern Family” for the fifth consecutive year; it has won the equivalent Emmy three times (2010, 2012, 2015), having been nominated every season.

“black-ish” and “Transparent” could follow in the footsteps of mainstays “Nurse Jackie” (won 2013–2014, nominated 2012) “Parks and Recreation” (nominated 2011–2013, 2015) and “Veep” (nominated 2015–2016) as series that broke through in their third years. The arrival of “Nurse Jackie” at the Emmys in Sound Mixing was preceded by a CAS nomination a few months earlier for its third season; “Veep” also broke through at CAS for its third season, although it competed there after the Emmys.

“The Simpsons” has been nominated for its sound mixing nine times (1990–1993, 1995, 1997, 2014–2016) without ever winning. The only other animated program that has ever been nominated is “Family Guy,” which won in 2011. That marked the series’ only nomination, as well as one of their few submissions; they have been on the ballot the last two years, for example.