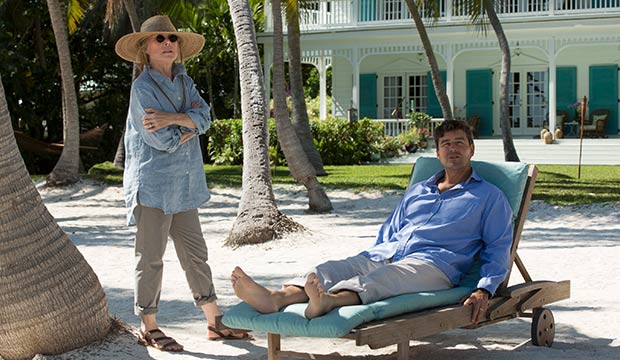 “The Americans” and “Bloodline” are the returning dramas that stand the best chance at scoring a first nomination in this category, given their success earlier this year at the Casting Society of America’s awards. “The Americans” earned its first Best Drama Series Casting nomination; a repeat nominee, “Bloodline” won over Emmy winner “Game of Thrones.” As the Emmys and CSA share both an eligibility period and some voters, it marked the first time since “Rescue Me” in 2007 that the CSA awarded a drama that the Emmys had not even nominated for its casting of the same season.

The discrepancy might be the result of the Emmys having opened up voting in the casting categories to members of the directors’ and producers’ branches, in addition to the casting directors’ branch, for the last three years. “Bloodline” has never been nominated by either the Producers or Directors Guilds of America. Neither has “Empire,” which the Emmys snubbed simultaneously for casting its first season, only for the CSA to nominate it. That made 2015 the first year since 2001 that the Emmys did not nominate a first season for Best Drama Casting; 26 have been nominated over the category’s 16-year history. In place of the debuts of “Bloodline” and “Empire,” the Emmys nominated the final episodes of “Mad Men,” a series that had been awarded previously multiple times by both the DGA and PGA. It marked the first time that the Emmys had nominated a drama that was at least eight years old since “Law & Order” in 2002.

The Emmys never used to nominate the final seasons of long-running dramas for their casting, but have nominated one in each of the last three years: “Breaking Bad” in 2014 for its sixth year on the air, “Mad Men” in 2015 for its eighth and “Downton Abbey” in 2016 for its sixth. The only other instances of dramas receiving casting nominations for their final seasons have been “Picket Fences” in 1996 for its fourth season (in the defunct Best Series Casting combined category) and “Studio 60 on the Sunset Strip” in 2007 for its only season.

With “Downton Abbey” having wrapped, “Game of Thrones” on an extended hiatus and “House of Cards,” “Mr. Robot” and “Orange is the New Black” all predicted to be snubbed in Best Drama Series, there might be an unprecedented turnover in this category. The greatest overhaul to date happened in 2007, when all of the 2006 nominees (“Big Love,” “Boston Legal,” “House,” “Lost”) except the winner (“Grey’s Anatomy”) were dropped for new dramas (“Brothers & Sisters,” “Friday Night Lights,” “Studio 60 on the Sunset Strip,” “The Tudors”), despite “House” retaining its Best Drama Series slot and “Boston Legal” breaking through in that category over the four new dramas that displaced it here.

Top contenders from the 81 series on the ballot: