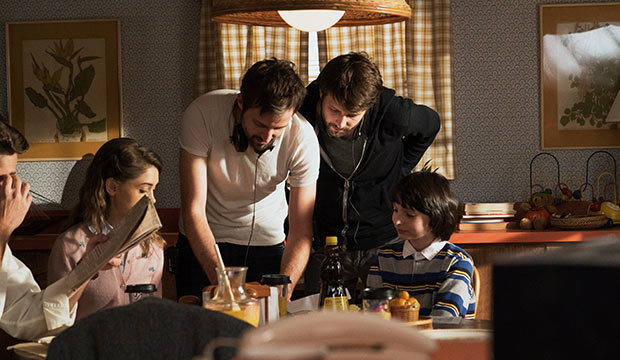 Only “Homeland” and “Ray Donovan” are eligible again this year, as “Game of Thrones” is taking an extended hiatus and both “Downton Abbey” and “The Knick” were nominated for their series finales. This category nominated six other series finales in the last decade. All of those came from series that had been nominated previously in this category, which bodes poorly for “The Leftovers.” However, all but “The Knick” lasted at least five seasons. The final season of “The Leftovers” is its third and there have been five dramas in the last decade that were first nominated here for their third or fourth season, including “Ray Donovan” last year.

“The Americans” is contending to be the first drama to receive its first directing nomination for its fifth season since “CSI” in 2005, which also contended for the finale of its fifth season. What distinguishes “The Americans” on the ballot this year is that they have kept to a single submission, which will concentrate support more than when they had four episodes on the ballot in 2013, nine in 2014, two in 2015 and three in 2016.

“The Crown” is entering the field with the same savvy strategy, submitting only one of their four directors for consideration: Stephen Daldry, who has already reaped a BAFTA nomination for his submitted episode. Daldry is not contending for the debut episode of the series, which is a curious choice in light of this category’s love of pilots.

14 have been nominated in the last decade, although none last year. “Mr. Robot” seemed a strong contender then, but it is not to be counted out this year, as it has only one director on the ballot this year, down from five. Sam Esmail directed the complete second season, almost unprecedented for American television, except for the first season of “True Detective,” for which Cary Joji Fukanaga won this award three years ago.

Pilots in contention include those from “The Handmaid’s Tale,” “Legion” (by Noah Hawley, 2016 Best Limited/Movie Directing nominee for “Fargo”), “Stranger Things” and “13 Reasons Why” (by Tom McCarthy, 2015 Oscar Best Director nominee for “Spotlight”). The “Stranger Things” pilot was nominated at the Directors Guild of America Awards for Best Drama Directing earlier this year opposite the “Westworld” pilot, but the latter’s director Jonathan Nolan has opted to submit the first season finale instead for Emmy consideration. “This is Us” pilot director Ken Olin also opted for his finale. There are seven additional “This is Us” episodes on the ballot, despite this category having only six nomination slots.