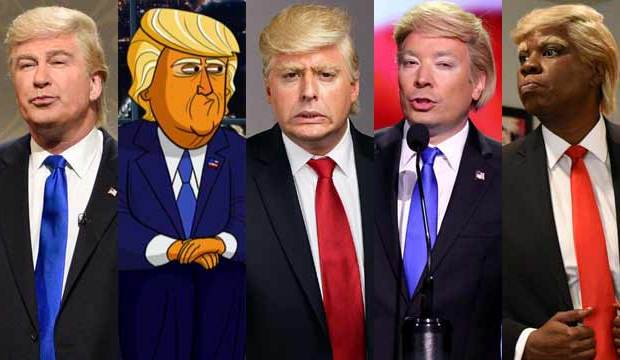 Donald Trump has inspired a lot of, shall we say, passion since he was elected president in November 2016, as well as in the many months leading up to that election. So we’re likely to feel his presence across the Emmys when nominations are announced tomorrow, July 13, especially in variety categories where hosts like John Oliver, Samantha Bee, and Stephen Colbert have made their living on Trump commentaries. But we see several nominations for Trump himself– or at least a few reasonable facsimiles.

The most talked about Trump of the season was Alec Baldwin‘s recurring performance as the Tweeter-in-Chief on “Saturday Night Live.” Baldwin made so many appearances on “SNL” during the season that he was ineligible to compete as a guest actor, so now he’s the frontrunner to win Best Comedy Supporting Actor. Even regular “SNL” cast member Leslie Jones got in on the joke by appearing in a sketch in which she campaigns to be the next Donald Trump impressionist; she could be nominated for Best Comedy Supporting Actress.

Trump probably did more harm than good to Jimmy Fallon when the then-candidate appeared on “The Tonight Show” for a lighthearted interview last fall, but Fallon also donned the costume this season to parody the real estate magnate-turned-reality star-turned-actual president. And an animated likeness of Trump has appeared as a “guest” on Colbert’s “Late Show.” Both shows could be up for Best Variety Talk Series.

In an especially bold move, comedian Anthony Atamanuik brought his uncanny Trump impression to his own Comedy Central series, “The President Show,” which skewers the Trump’s vanity, immaturity and inexperience on a weekly basis. That show is in the running for Best Variety Sketch Series, and Atamanuik could get in for Best Comedy Actor.

So how many Trumps do you think we’ll see in the Emmy nominations tomorrow morning?