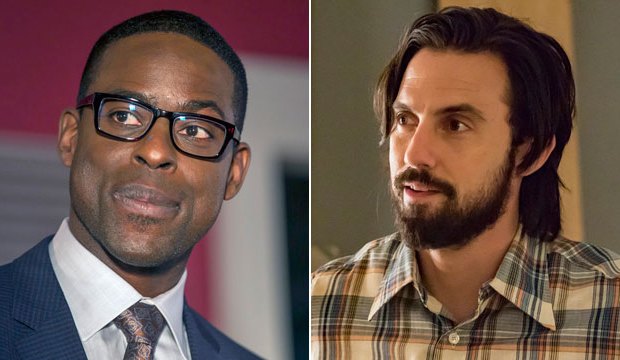 “This Is Us” stars Sterling K. Brown and Milo Ventimiglia just became the eighth Best Drama Actor duo in 30 years to both earn nominations at the Emmy Awards. (See complete list of 2017 Emmy nominations.) While Brown is a favorite to win, Ventimiglia’s notice was one of the pleasant Emmys surprises on nominations morning. In the list below, we detail all of the shows that have earned double Best Drama Actor bids, including Woody Harrelson and Matthew McConaughey for “True Detective” (2014).

Brown is still in the Emmy honeymoon phase after prevailing last year for his supporting role as prosecutor Chris Darden on FX’s limited series “The People v. O.J. Simpson.” He followed up that victory with nominations at the Golden Globes and SAG Awards earlier this year, and even earned a second SAG bid as Best Drama Actor for “This Is Us.”

Ventimiglia has been a TV heartthrob for many years now thanks to his roles in “Heroes,” “Gilmore Girls” and “American Dreams,” even winning the Teen Choice Award for Best TV Actor: Action Adventure for “Heroes” in 2008. He also earned a People’s Choice nominations this year for his heralded “This Is Us” role. This is Ventimiglia’s first Emmy citation.

Here are the eight TV dramas that have received double Emmy noms for their leading men over the past three decades: