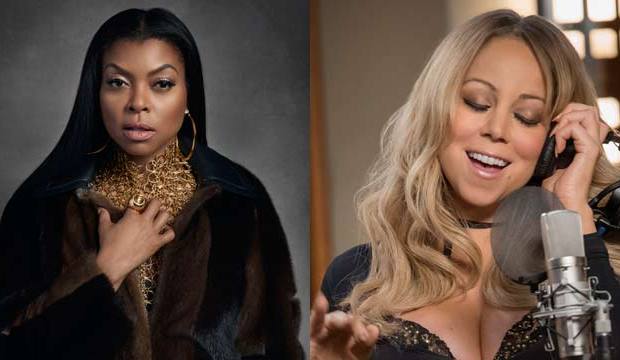 “Empire” is back in the running at the Emmys for the third year. The FOX music industry soap about the battling Lyon family and the music business they run was an audience sensation when it debuted in the spring of 2015, and it has earned six nominations in its first two seasons: two for Taraji P. Henson as Best Drama Actress (2015-2016), three for Best Contemporary Costumes (two in 2015, one in 2016), and one for Best Music and Lyrics for the song “Good People” (2016).

Henson is coming into the 2017 Emmy race on the heels of her starring role in the sleeper hit “Hidden Figures,” which told the story of black women who aided NASA’s space program. That historical drama made $230 million worldwide against a budget of $25 million and earned an Oscar nomination for Best Picture.

Coming into the Emmys riding a wave of big-screen success never hurts. Melissa McCarthy won Best Comedy Actress for “Mike and Molly” in 2011 following her success in the film “Bridesmaids” earlier that summer. Before that Katherine Heigl won Best Drama Supporting Actress in 2007 for “Grey’s Anatomy” following the summer release of her hit film “Knocked Up.” And Helen Hunt won her third out of four Emmys for “Mad About You” in 1998 a few months after she won her Oscar for “As Good as it Gets.”

The two-part season finale “Toil & Trouble” is well represented across the ballot, including Best Drama Writing and Best Drama Directing, while in “Empire’s” strongest category, Best Contemporary Costumes, the show has entered the season premiere, “Light in Darkness.” As for the music of this music drama? Alas, ballots are not available for music categories, since the voting process for those awards is different from most other races (more on that here).

Check out the complete list of “Empire” Emmy submissions below.

Best Production Design (Narrative, Contemporary/Fantasy)
“A Furnace for Your Foe”

Even in quarantine, Drake just pulled a Mariah Carey on the Billboard charts with historic 'Toosie Slide'…

Mariah Carey makes MORE Billboard history, but where does 'All I Want for Christmas' rank among her #1s…

A Christmas story: Mariah Carey is still number-one, but Brenda Lee and Burl Ives are rising on the…

She did it! Mariah Carey gets her 19th chart-topper as 'All I Want for Christmas is You' FINALLY hits…

Lil Nas X ('Old Town Road') spends a 14th week on top, so it's time for Mariah Carey and Luis Fonsi to…

Will Mariah Carey win Grammys in the general field for the first time in 29 years?

Mariah Carey is having a very merry 'Christmas' on Billboard charts, but can she get another…

Mariah Carey throws 'Caution' to the wind and the reviews are in: Is her 'sublime' new album the best of…

'The Voice' Knockouts Night 3: Which final artists will join the live shows next week? [UPDATING LIVE…