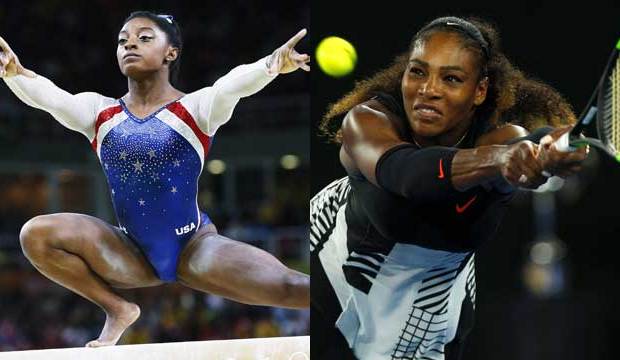 This is the 25th year of the ESPY Awards, in which fans vote online for the best athletic achievements of the year. The nominees were determined by the ESPY Select Nominating Committee, and there’s history on the line in this year’s race for Best Female Athlete. Tennis star Serena Williams could win for the third time, more than any other athlete in the history of this category, but she’s up against a golden girl: gymnast Simone Biles, whose historic performance at the 2016 Summer Olympic Games earned her four gold medals and one bronze.

Williams previously won this category in 2003 and 2013, and she’s one of only five athletes who have won this award twice. Soccer player Mia Hamm won in 1998 and 2000. Golfer Annika Sorenstam prevailed in 2005 and 2006. Skier Lindsey Vonn took the award consecutively in 2010 and 2011. And MMA fighter Ronda Rousey went back-to-back in 2014 and 2015. Williams could break that tie following a year in which she won Wimbeldon in 2016 and the Australian Open in 2017, bringing her to a total of 23 Grand Slam singles titles, breaking Steffi Graf‘s previous record of 22.

But Biles is coming off her own record-breaking year. Her four gold medals in Rio de Janeiro — including the Team All-Around and Individual All-Around titles — were the most ever won by an American female gymnast at a single Olympics. She’s also the most decorated American gymnast in history with 19 total medals. All that and she’s only 20-years-old. If Biles wins she would be the second gymnast to prevail in this category, following Nastia Liukin in 2009.

While Williams looks to make history, WNBA player Candace Parker is looking to join the two-time-winners club. She previously won this award in 2008 and is one of six basketball players to receive this honor. No other sport boasts as many winners for this award, and Parker is certainly that — a winner. In 2016 she won the WNBA championship with the Los Angeles Sparks and was named MVP in the finals.

Rounding out the category is swimmer Katie Ledecky, who like Biles had a breakout Olympics last summer. She won four gold medals and one silvers in the pool, and she ended up setting world records in the 400 and 800 meter freestyle events. She would be the second swimmer to win this award, following Amy Van Dyken in 1997. So her victory would end a 20-year drought for swimmers.