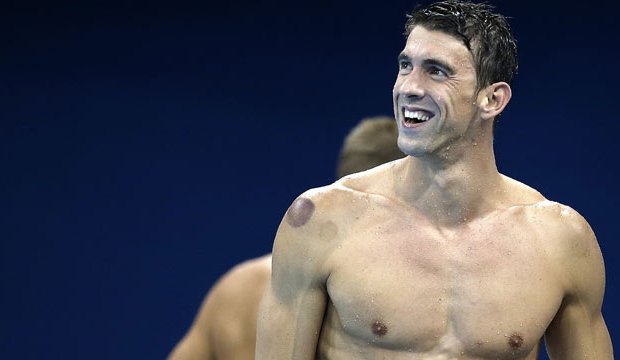 Will Michael Phelps repeat at the ESPY Awards, which are handed out on July 12? The Olympic swimmer is up for Male Athlete of the Year, which he won back in 2009, and now he’s got even more gold around his neck. He left the 2016 Olympics in Rio de Janeiro with five gold medals to be exact, plus one silver. That brought him to a career total of 28 medals. To compare, the next most decorated Olympian in the history of the Games was Larisa Latynina, who won 18 gymnastics medals for the Soviet Union between 1956 and 1964. Phelps has more medals than that just in gold (23) and is in fact the only Olympian ever to win double-digit gold medals.

Does that make Phelps a lock? Maybe not. He’s up against NBA basketball player Russell Westbrook, who plays for the Oklahoma City Thunder. He is a six-time All-Star, and was twice named the MVP in the All-Star Game (2015-2016). This season he set a new record with 42 triple-doubles — having double digits in three of five categories: points, rebounds assists, steals and blocked shots. He also had the most points per game (31.6) this season.

Kris Bryant also contends, representing Major League Baseball. The Chicago Cubs player was the National League MVP in 2016, but most importantly he led the Cubs to their first World Series victory since 1908 — a drought of more than a century! He also led the National League in runs scored (121). But even if he wins the ESPY, his teammate David Ross has already achieved arguably the greatest honor in athletics: runner-up status on “Dancing with the Stars.”

Rounding out the category is hockey player Sidney Crosby, the captain of the Pittsburgh Penguins who led the team to their second straight Stanley Cup victory. By winning the 2016 and 2017 Stanley Cups, the Penguins became the first back-to-back champs since the Detroit Red Wings prevailed in 1997 and 1998. Crosby also won the Conn Smythe Trophy as the MVP of the playoffs, and he had the most goals for the season in the NHL (44).

On paper, Westbrook might have the advantage since a basketball star has won this award seven times, including the last five in a row. That’s more than any other sport. Baseball players have won four times, but none since Mark McGwire in 1999. Hockey players have never taken this prize. Phelps is the only swimmer ever to have won Male Athlete of the Year, but he’s the only past winner among this field of nominees. Does that give him the advantage?