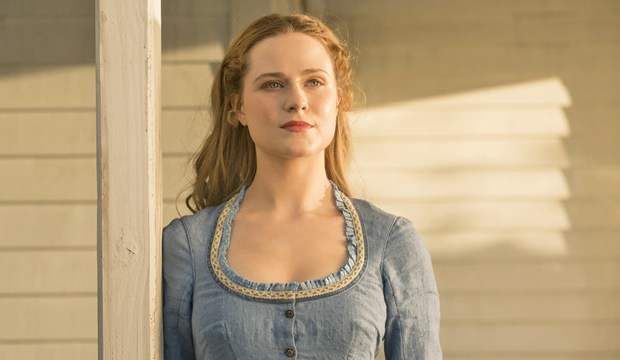 HBO’s “Westworld,” a reboot of the 1973 Michael Crichton science-fiction film of the same name, received critical acclaim for its subtle symbolism and richly layered and relatable characters. Ironically, perhaps the most human of all the characters is one of the robots, Dolores Abernathy, played by Evan Rachel Wood. But the question remains, will the Emmys be able to look past their bias of sci-fi shows to reward Wood for her magnificent work in “Westworld”?

It certainly doesn’t hurt that her co-star Thandie Newton, who unlike Wood received an individual SAG nomination for Best Drama Actress, will campaign to the supporting race at the Emmys. At the Critics’ Choice Awards, where Wood and Newton competed separately in Lead and Supporting, they both won their respective categories. However, the Globes were not as kind, completely shutting out “Westworld” and giving Claire Foy (“The Crown”) Best Drama Actress over Wood. With Foy also winning the SAG Award for Best Drama Actress, she is easily Wood’s biggest competition at the 2017 Emmys.

A small but important point is Evan Rachel Wood and Claire Foy’s previous Emmy history. When Wood was in the critically acclaimed miniseries “Mildred Pierce” (2011), she was nominated for Best Movie/Mini Supporting Actress. On the other hand, Foy was snubbed entirely for her breakout turn as Anne Boelyn in the miniseries “Wolf Hall” (2015). If the Emmys simply like Wood more than Foy, could that turn the tide just slightly enough for Wood to pull off a win? Wood is also more of a TV veteran, having worked on another genre HBO series, “True Blood” (2009-2011), as well as the ABC family drama “Once and Again” (1999-2002).

Ultimately, what makes Evan Rachel Wood so compelling throughout “Westworld” may be what wins her the Emmy: her character arc. From the dynamite “Pilot” to the epic finale “The Bicameral Mind,” both directed by co-creator Johnathan Nolan, Dolores is on a journey of self-discovery and self-actualization. In the “Pilot,” we see her as just another one of the robots, totally under the illusion that she is not a machine in a theme park, but a human being in the Wild West. As the series goes on, Dolores becomes more and more aware of her true nature, and that of the world she lives in.

And Wood has several powerful moments in “The Bicameral Mind,” including one where she realizes that she has been the voice inside her head the entire storyline. Another is when she discovers to her shock and horror that the mysterious and malevolent Man In Black is actually a man named William who she had bonded closely with decades ago, only her memory got erased when her programmed “loop” started again. And last but not least, Wood shines in the final scene of the season as she silently yet intensely shoots down her creator Dr. Robert Ford (Anthony Hopkins) and several guests at a party. The look on her face is determined, deadly, that of a being which, after a lifetime in the dark, has finally awoken to their sentient inner light … for better and probably for worse.

Guild awards scorecard: Is ‘Stranger Things’ or ‘Westworld’ in front heading into the Emmys?

Many top critics have specifically praised Wood’s ability to go from a kind and optimistic valley girl to a completely emotionless robot, including these:

Pulitzer Prize winner Emily Nussbaum (The New Yorker): “This is largely owing to a spectacular performance by Evan Rachel Wood, who plays Dolores, one of Westworld’s robots, an unspoiled farmer’s daughter, that stock figure of every raunchy vaudeville joke. Her struggle with her own identity, as she evolves from the object of the story to its subject, feels something like a sister act to Jessica Rabbit: she’s not good, she’s just drawn that way.”

David Sims (The Atlantic): “Nolan and Joy seek to dramatize the very concept of consciousness and self-awareness; there’s pathos every time Dolores twitches to ‘life’ in the hands of her creators, and Wood (who is terrific) adds a new layer of confusion to her performance.”

David Fear (Rolling Stone): “It was almost nothing but peaks and valleys, but with perks: You saw Evan Rachel Wood do her best work to date – it took a robot having an existential crisis to bring out her performing chops in full; we hope she sends a droid to collect her Emmy next year – and were reminded that few actors can make such magic out of mushy parts like Jeffrey Wright.”

Best 2021 Oscar winner prediction scores by our Editors and Users

How many performers have won Oscars with just a BAFTA in hand?