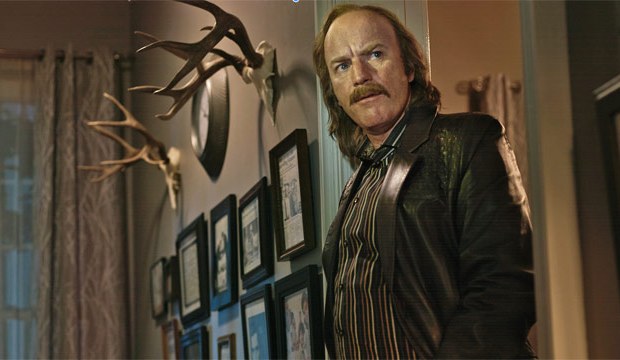 Ewan McGregor made the move this year to the small screen, starring in the third installment of FX’s anthology series “Fargo” as warring twin brothers Emmit and Ray Stussy. McGregor just earned a Golden Globe nomination for Best Movie/Limited Series Actor for his performance. The Hollywood Foreign Press Association has nominated him twice in the past, for his film roles in “Moulin Rouge” (2001) and “Salmon Fishing in the Yemen” (2012). But while he lost the Emmy race to Riz Ahmed (“The Night Of”), Ahmed is out of the running since “The Night Of” aired in 2016 and thus competed at last year’s Globes. That gives McGregor a chance to finally win some awards hardware.

McGregor is currently in second place in our predictions with odds of 3/1. But at this point in his career he’s overdue for recognition and could be a spoiler. Also, since he’s the only nominee in this category whose program is also up for the top prize, that could potentially give him an edge over his competition.

2011 Cecil B. DeMille Award winner Robert DeNiro is the expected winner for “The Wizard of Lies” with leading odds of 11/8. But he has only won a single competitive Golden Globe: Best Film Drama Actor for “Raging Bull” (1980). Following McGregor in third place is Kyle MacLachlan, who returns to his Golden Globe winning role (1991) in the “Twin Peaks” revival with odds of 5/1.

Jude Law is next for “The Young Pope” with odds of 11/2, even though he was snubbed by the Emmys for this performance. And in last place is Geoffrey Rush for his work as Albert Einstein in “Genius” with odds of 66/1. Rush might have been more of a contender to win before allegations of “inappropriate behavior” were made against the star during the recent wave of sexual misconduct revelations that have rocked Hollywood.

Also working in McGregor’s favor is the fact that the Globes love being first, and he would be a deserving first-time winner, especially since he hasn’t had many opportunities to take the stage at major award shows. And as a bonus to viewers, McGregor would be giving his acceptance speech in front of “Three Billboards” nominee Frances McDormand, one of the stars of the original 1996 film version of “Fargo,” which could make for some great TV!