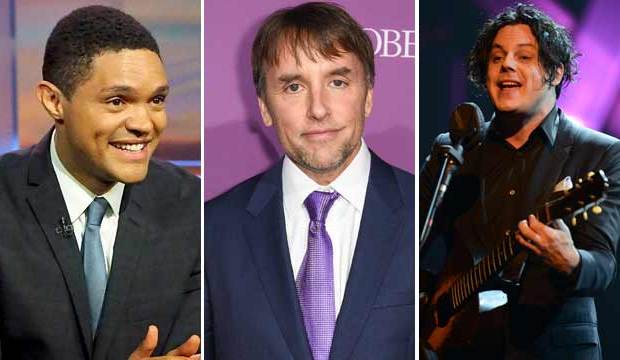 As we continue to digest the 2017 Emmy nominations, which were just announced on Thursday morning, July 13, let’s take a look at some of the most surprising first-time nominees. And by this I don’t mean obvious newcomers like Millie Bobby Brown (“Stranger Things”), Chrissy Metz (“This is Us”) or Riz Ahmed (“The Night Of” and “Girls”) — those were fresh faces we knew would be likely first-time nominees. No, I’m talking about those actors and actresses — and even sometimes writers, directors and producers — we’re surprised had never been nominated before, or who we might not have realized were even on the radar this year, or who picked up their first nominations in unexpected places.

For instance, after all these years of TV work by actor Gerald McRaney — from “The Rockford Files” to “Major Dad” to “Deadwood” — you’d think the veteran actor would have collected a few nominations by now, but no. His Drama Guest Actor bid for “This is Us” is his first, and it’s long overdue.

And looking off the beaten path in Creative Arts races, you can find Oscar winning musician Common, Grammy winning musician Jack White and Oscar nominated filmmaker Richard Linklater among the nominees when you might not have expected to see them in the running. Look below for some other unexpected first-timers, and check out the complete list of nominations.

Despite seven years on “Gilmore Girls” (2000-2007) and a noteworthy guest role in “Mad Men” (2012), Bledel has never been nominated for an Emmy until now: she’s up for Drama Guest Actress for her recurring role in “The Handmaid’s Tale,” and she’s been upped to series regular for season two, so we might see her in the Drama Supporting Actress race next year. It took long enough, but since the “Gilmore Girls” revival was snubbed across the board this year, her on-screen mom Lauren Graham is still waiting for her first Emmy recognition.

He’s a Grammy winning hip-hop artist and an Oscar-winning songwriter for “Glory” from Ava DuVernay‘s “Selma.” He’s also an actor with credits including the AMC western “Hell on Wheels.” But his songwriting nomination this year for “Letter to the Free” from DuVernay’s Netflix documentary “13th” is his first Emmy nomination ever.

The last few years have been quite impressive for Coon, and now she’s nominated for the first time: Best Movie/Mini Actress for playing a determined cop in the anthology series “Fargo.” Alas, she wasn’t nominated for the role that helped make her a star, as grieving wife and mother in “The Leftovers.”

Robert De Niro and Michelle Pfeiffer, “The Wizard of Lies”

De Niro’s got two Oscars: Best Supporting Actor in “The Godfather: Part II” (1974) and Best Actor for “Ragins Bull” (1980) our of seven nominations spanning almost 40 years. But in all that time he never did much TV until producing and starring in this HBO telefilm. Similarly, his on-screen wife Pfeiffer is an Oscar nominated movie star, but this is her first time at TV’s main event.

Ann Dowd, “The Handmaid’s Tale” and “The Leftovers”

Every once in a while a hardworking character actor finally gets their due at the Emmys. We’ve seen it happen with stars like Zeljko Ivanek and Margo Martindale over the years, and this year that honor goes to Dowd, who scores not one but two nominations: for her sinister supporting role in “Handmaid’s” and her just-as-sinister guest role in “The Leftovers.”

Despite five seasons on the acclaimed NBC sitcom “Community,” Glover never earned an Emmy nomination, but now he’s having the last laugh. He’s nominated four times for “Atlanta”: as an actor, writer, director and producer.

Hahn had two chances to be nominated this year, and she struck gold with her supporting role in Amazon’s “Transparent” (she missed out on a Comedy Actress bid for “I Love Dick”). But it’s odd that she’s never been nominated before given her past standout roles on “Girls” and “Parks and Recreation,” among other noteworthy TV work.

You’ve seen Higgins everywhere. He frequently co-stars in the films of Christopher Guest, and he has had tons of TV appearances including “Arrested Development,” “Boston Legal,” “Community,” “The Good Wife” and currently “Great News,” but his first career nomination comes for his performance in the Funny or Die short-form series “Tween Fest.”

Gerald McRaney, “This is Us”

As mentioned above, McRaney has been well known to TV fans for decades. And perhaps the first time will be the charm. He earned raves for playing a devoted doctor in “This is Us,” and it may just lead to his first win.

Trevor Noah, “The Daily Show: Between the Scenes”

The new host of “The Daily Show” wasn’t nominated for Best Variety Talk Series, but he’s still a first-time Emmy nominee. He’s up for Best Short Form Variety Series for “The Daily Show’s” online program “Between the Scenes.”

Celebrity chef Ramsay has been ridiculing contestants on his reality shows for years, from “Hell’s Kitchen” to “Kitchen Nightmares” to “MasterChef.” But it’s a kinder-and-gentler Ramsay that has been nominated for an Emmy this year: Best Reality Host for the children’s cooking competition “MasterChef Junior.”

Remini’s extensive TV career includes roles in everything from “Saved by the Bell” to “The King of Queens” to “The Exes.” But her first Emmy nomination is for a more personal project, “Scientology and the Aftermath,” which addresses her experiences in the controversial religious movement and sets out to expose abuses within the church.

She’s been a correspondent on “The Daily Show,” a voice-actress in “Bob’s Burgers,” and an actress on screen in “30 Rock” and “The Last Man on Earth,” all shows that have been on the Emmy radar. But her Character Voice-Over Performance nomination this year for “BoJack Horseman” is the first time she’s been singled out by the TV academy.

Skarsgard previously starred in “Generation Kill,” a past nominee for Best Miniseries, and “True Blood,” a past nominee for Best Drama Series. But Skarsgard didn’t get Emmy voters’ attention until his role as a domestic abuser in “Big Little Lies.” Witherspoon is another story: she hasn’t worked much in television, so the Oscar winner is basking in her first-time Emmy glory for a rare foray into television. In fact, she’s one of four Oscar winning actresses nominated for Best Movie/Mini Actress this year, but she’s the only one without a previous Emmy nom.

The rapper known for hits like “Gin and Juice” and “Drop it Like It’s Hot” now celebrates his first Emmy nomination: Best Reality Host for his opposites-attract team-up with Martha Stewart on VH1.

Like John Michael Higgins, Sterling has done a little bit of everything with credits that include “Desperate Housewives,” “My Name is Earl,” “Reno 911!,” and frequent voice-acting roles including “The Legend of Korra.” Now the veteran is enjoying a pair of nominations: she contends twice for Best Short-Form Actress for her roles in “Con Man” and “sec and EXECS.”

Thompson has been a cast member on “SNL” since 2003 — 14 years! — but he had never been nominated for an Emmy. This year he didn’t make the cut for his acting on-screen. Rather, he’s up for Best Music and Lyrics for co-writing the song “Last Christmas” from the episode hosted by Casey Affleck.

Tudyk was a leaf on the wind as pilot Wash in the short-lived cult series “Firefly,” and he followed that with roles in “Suburgatory” and “Powerless,” plus voice-acting roles in “American Dad,” “Robot Chicken,” and “The Adventures of Puss in Boots,” among other credits. Now he enters the Emmy lineup for the first time for his performance in the short-form series “Con Man.”

Best known as a musician and one-half of the band the White Stripes, Jack White now contends for Best Music Direction for “American Epic” on PBS.

Many thought Wong would be nominated in 2016 for his recurring role as Whiterose in USA’s dark series about cyber-hacking, but he missed out, so it surprised many when he made the cut for Drama Guest Actor this year for his expanded role in season two. It’s his first nomination after a career that also includes “Oz,” “Gotham,” “Awake” and hundreds of episodes of “Law & Order: Special Victims Unit.”