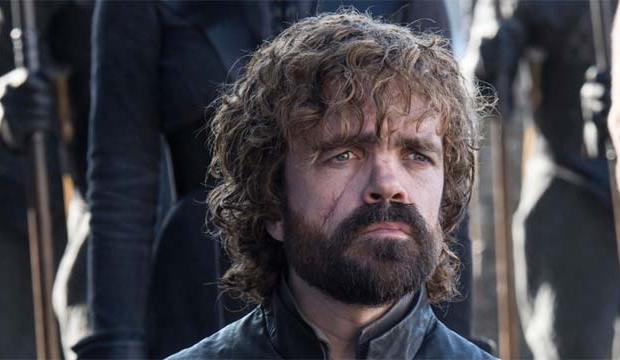 Over the course of six seasons, “Game of Thrones” has had a raft of rulers. We wanted to know who you thought had been the most regal. With so many choices, your voter were split but 20% of you went with Tyrion Lannister (Peter Dinklage) who excelled in power as Joffrey’s hand for a brief time. If you haven’t yet be sure to cast your vote in the poll at the bottom of this post and sound off in the comments section. (And be sure to vote for the vilest villain and the most fearsome fighter in the first six seasons of “Game of Thrones.”)

Another 17% of you opted for Daenerys Targaryen (Emilia Clarke) who has ruled across the narrow sea for a few seasons now in charge of a Dothraki horde, the Second Sons, the Unsullied, three dragons, and a fleet of ships. And 15% of you favored Jon Snow (Kit Harington), who proved his leadership prowess as Lord Commander of the Night’s Watch.

Balon was old and cruel, Stannis proved to be rigid and righteous and Joffrey turned out to be a monster. Robb inspired backing from the entirety of the north while Renly enticed away all of Stannis’ lords and forces by being the better choice. Joffrey was succeeded by his younger brother Tommen Baratheon (Dean-Charles Chapman) who was the personification of weakness.

Tommen’s mother, meanwhile, Cersei (Lena Headey), ruled as Queen Regent and later Queen Mother for a while and got 7% of your vote. However, after her second son’s suicide, she assumed the throne and was crowned Queen of the Seven Kingdoms in the last episode of season six. Her brother Jaime (Nikolai Coster-Waldau) has never ruled, nor has he had any inkling to, but he did literally sit on the Iron Throne for a short time after he killed the Mad King.

The Lannisters arch enemies have had even poorer luck when it comes to ruling. Ned Stark (Sean Bean) served as Robert Baratheon’s hand in season one, before his honour got him killed, while his wife Catelyn (Michelle Fairley) was one of Robb Starks’ most trusted advisors. Sansa Stark (Sophie Turner) was promised to Joffrey and therefore was going to be Queen, but that never materialized (luckily for Sansa). She then wed Ramsey Bolton and was Wardeness of the North but never ruled. She is now, at most, an advisor to King in the North Jon Snow.

The odd one on out here, really, is Petyr Baelish (Aiden Gillen), who served on the Small Council as Master of Coin for the majority of the show. Later, however, his aggressive risk taking paid off and he became Lord of Harrenhal, Lord Paramount of the Trident and now essentially rules the Vale as well. He’s got much more power in the Seven Kingdoms than most realize.

Then there are those who never aspired to the throne but have wielded power elsewhere. Tywin Lannister (Charles Dance) essentially ruled the Seven Kingdoms as hand of the king while Davos Seaworth (Liam Cunningham) did the same for Stannis and now Jon. And Margaery Tyrell (Natalie Dormer) had the wits, cunning and love of the people to be a great Queen.