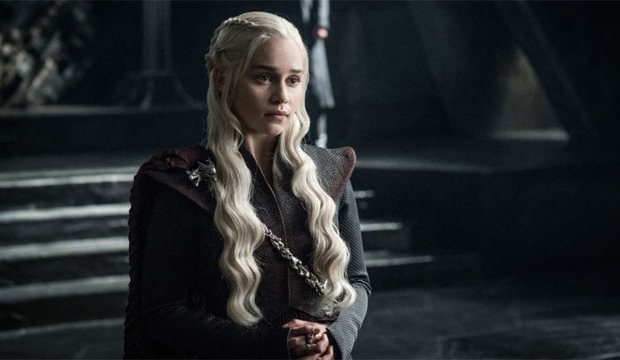 You wouldn’t like her when she’s angry. On “Game of Thrones” Daenerys Targaryen (Emilia Clarke) has made a name for herself as a liberator, freeing enslaved people and vowing to do the same for everyone in the Seven Kingdoms living under Queen Cersei Lannister (Lena Headey). But lately she seems more concerned with ruling than with the people she would rule. So is Daenerys turning evil? We put it up to a vote, but our readers aren’t quite so sure. Check out our complete poll results below.

One-third of our respondents (33%) said yes, that evil runs in the family and she will be just as bad as her father, the Mad King who nearly annihilated his own kingdom. But nearly half of our readers (48%) took a more nuanced approach, arguing that she’ll be morally compromised, but not unequivocally evil. Perhaps surprisingly, only 19% think she’ll be an outright hero. So her image has certainly undergone a sinister change in recent seasons. She might not be much better than Cersei after all.

Daenerys demanded that Jon Snow (Kit Harington) demonstrate blind loyalty by bending the knee at their long-awaited first meeting — not a great way to build a coalition of the willing. And we already saw the height of her wrath back in season four when she crucified 163 slavers in Meereen in response to the killing of 163 slave children; in that one act of violence we saw her at her cruelest (mass slaughter) and most benevolent (defending innocent children) all at once.

So maybe the 48% are right. Maybe Daenerys won’t be singularly evil or heroic. Perhaps, like most others in Westeros, she’s doomed to be corrupted regardless of her intentions. 2020 SAG Awards predictions slugfest: Will 'Succession' or 'The Morning Show' sneak in to crowded drama…