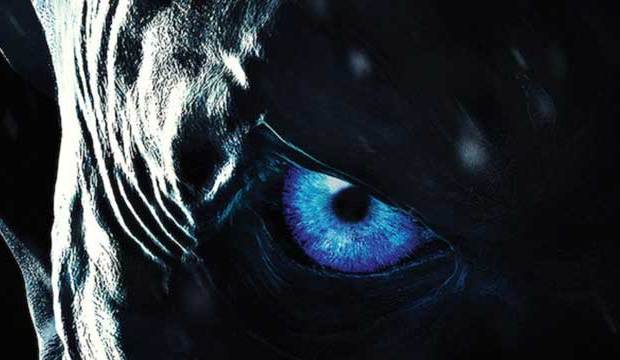 The highly anticipated seventh season of “Game of Thrones” is almost here. Since the finale of Season 6 aired over a year ago, you would be forgiven if some of the details have slipped from your mind. Whether you need your memory jogged or you’re a newbie who doesn’t know your Sandor Clegane from your Sand Snakes, here’s a rundown of where the story of Westeros left off ahead of HBO’s Season 7 premiere on July 16.

The Mad Queen – Cersei Lannister (Lena Headey) took the coveted Iron Throne by force at the end of last season. With her enemies, particularly the righteous High Septon (Jonathan Pryce) and rival Queen Margaery Tyrell (Natalie Dormer) gathered in the Great Sept, Cersei unleashed a cache of wildfire beneath the holy site, causing a massive explosion and killing hundreds of people as the building was reduced to rubble. With the Faith of the Seven weakened and the Tyrell family all but wiped out, Cersei ascended the Iron Throne. Unfortunately, her last living son Tommen jumped to his death after witnessing his mother’s heinous act. Since Tommen was the product of Cersei and her brother Jaime (Nikolaj Coster-Waldau), a happy alliance between these incestuous siblings is unlikely.

An Alliance of Dragons – Daenerys Targaryen (Emilia Clarke) spent six seasons exiled on the continent of Essos after her family fell from power. In that time she gathered tribes of Dothraki warriors and the highly trained “Unsullied” army by her side, in hopes of taking back the throne. Thanks to the aid of her Hand of the Queen, Tyrion Lannister (Peter Dinklage) and spymaster Vayrs (Conleth Hill), Dany has earned the support of the Martells and Tyrells, as well as Yara Greyjoy’s (Gemma Whelan) Ironborn fleet. Oh, and Dany also has three enormous dragons at her command. This super army of ships, soldiers, and beasts is headed straight for Cersei.

Winter is Here – While the houses of Westeros squabble over the Iron Throne, the Night’s King has been amassing power north of The Wall. The leader of a race of near invincible beings called White Walkers, he and his army of undead wights are determined to breach The Wall and exterminate mankind. Last season, The Night’s King was able to “mark” Bran Stark (Isaac Hempstead Wright), allowing the undead army to follow Bran to his hiding place, where the Three Eyed Raven and Hodor were killed. Bran and Meera Reed are now on the run.

Studious Sam – Last season, Samwell Tarly (John Bradley West) left The Wall for Oldtown with his wife Gilly. The southern city is home to the Citadel, where Sam will learn how to become a maester and hopefully discover ways to defeat the White Walkers. Sam may be more than just a sharp mind, however. The only known weapons that can dispatch a White Walker are Valyrian steel and dragonglass, and Sam is in possession of his father’s Valyrian blade. The only other characters in possession of Valyrian steel are Jon Snow, Brienne of Tarth, and Jaime Lannister.

A Girl Has a Name – After spending an entire season with the Faceless Men in Essos, Arya Stark (Maisie Williams) finally returned to Westeros. She used her newfound shapeshifting abilities to infiltrate the stronghold of Walder Frey (the man responsible for the death of her mother and eldest brother). Arya takes a cue from Sweeney Todd and feeds Frey a pie with two of his sons baked into it before slicing open his throat. This is a major name crossed off the young assassin’s kill list. Remaining targets include Illyn Payne, Melisandre, Beric Dondarrion, and (at the top) Cersei.

King of the North – Jon Snow (Kit Harington) defeated Ramsay Bolton after an epic “battle of the bastards” to reclaim Winterfell. The northern houses have recognized Jon as King of the North, and pledged to back him as he turns his attention towards the White Walkers. The only hitch? Jon’s sister Sansa (Sophie Turner) helped turn the battle in Jon’s favor when her Knights of the Vale arrived at the last minute. Indeed, it was Sansa who got the final kill, unleashing Ramsay’s dogs upon their owner. Her advisor, Petyr “Littlefinger” Baelish (Aiden Gillen) is set on turning sister against brother, claiming that Sansa is the true heir to Winterfell.

A Vision of Ice and Fire – Perhaps the most important event Season 6 was Bran’s trip back in time to the battle at the Tower of Joy. This was the final fight of King Robert’s Rebellion, which divided the Seven Kingdoms of Westeros and ousted the Targaryens from power. Bran witnessed his father Eddard and Howland Reed (Meera’s father) survive the fight with the Targaryen Kingsguard and enter the tower. Eddard sees his sister Lyanna dying after giving birth to a baby boy. Lyanna whispers that the baby must be protected. This confirms the longstanding theory that Jon Snow is the child of Lyanna Stark and Rhaegar Targaryen. Eddard claimed Jon was his bastard to hide the child’s Targaryen blood.