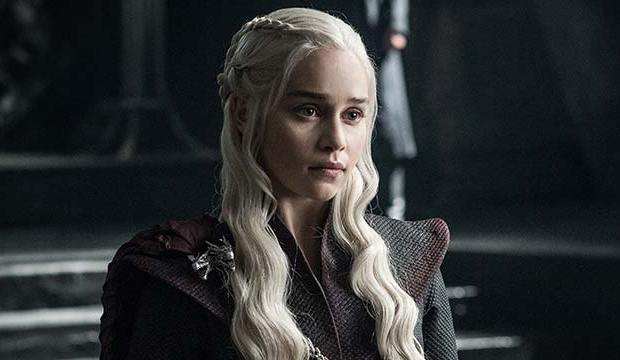 Season seven of HBO’s mega hit “Game of Thrones” premiered Sunday night and covered an immense amount of ground. The episode, titled “Dragonstone,” struck an overall more sentimental and thoughtful tone compared to the bloody finale of season six. This premiere was more concerned with setting up the chess pieces of war and conflict (okay, there were some mass casualties too). Here are the six best moments from “Dragonstone.”

Frey’s Last Feast – The season opened with the recently deceased Walder Frey (David Bradley) throwing a feast. Every important member of the Frey family has gathered to celebrate, and they all gleefully take part in a toast of the finest wine from the Arbor. But Walder begins to chastise the group, about how cowardly they were to butcher a pregnant woman and cut the throat of a mother of five at the Red Wedding. If you were still wondering how this dead man was giving a speech, the picture became clear when the men in the hall started coughing and dying from poisoned wine. Then Arya (Maisie Williams) ripped off her Walder mask. “When someone asks you what happened here,” she tells a young Frey girl, “tell them the North remembers.”

A United North – Jon Snow (Kit Harington) is giving a rousing call-to-arms at a gathering of Northern houses, urging the maesters to find any mention of dragonglass in their records, declaring wildlings members of the Night’s Watch, and demanding that both men and women must be prepared to battle the White Walkers. But the first inkling of a rift between brother and sister occurs when Sansa (Sophie Turner) argues that castles Umber and Karstark be given to loyal families. Jon openly rebuffs his sister, refusing to condemn sons for the betrayals of their fathers. “The North needs to band together,” states the King of the North, but something tells us this won’t be the last time he and Sansa clash.

Greyjoy Alliance – Queen Cersei (Lena Headey) receives word that Daenerys (Emilia Clarke) is not only sailing to Westeros with an army, but she has appointed Tyrion (Peter Dinklage) as her Hand. Furious but focused, she refuses to discuss their son Tommen’s death with Jaime (Nikolaj Coster-Waldau) and instead invites Euron Greyjoy (Pilou Asbaek) to King’s Landing. Surrounded by enemies, she has few alliances to make, and at least Euron possesses a capable armada. Still, she refuses Euron’s pitch for a marriage and alliance based on his untrustworthy nature and history of betrayal. Euron understands, but promises to return to the queen with “a gift” that will prove his loyalty.

Lord of Light – The Hound (Rory McCann), still on the road with Beric and Thoros, stumble across an abandoned house that the Brotherhood wants to hold up in for the night. The Hound recognizes it as the place where he left a farmer and his young daughter to die. The Hound is saddened to find their bodies in a corner and asks why the Lord of Light would a person as dull as Beric back to life so many times instead of these innocents. Thoros beckons the Hound to look into the fire for answers. Much to the skeptic’s surprise, he has a vision of The Wall, at the point where it reaches the sea, and a mountain shaped like an arrowhead. Thousands of the dead are marching past.

Sam’s Discoveries – Sam (John Bradley) spends most of his time at the Citadel cleaning the chamber pots of elderly maesters, and the archmaester (Jim Broadbent) seems unconcerned with White Walkers because “The Wall has stood through it all.” But Sam discovers a map of Dragonstone inside a book from the restricted area of the library, and buried beneath the stronghold is a mountain of dragonglass. Someone alert the Night’s Watch! Also of importance, Sam unknowingly stumbles across a very sick, but still alive Jorah Mormont (Iain Glenn). How the greyscale-afflicted hero made his way from Essos to Oldtown is unclear.

Daenerys Comes Home – In the final moments of the episode, Daenerys finally steps foot on Westeros for the first time in years and feels the soil of her family’s land. Flanked by her advisors Tyrion and Varys (Conelth Hill) and an army at her back, she marches through the halls of her people, ripping a Baratheon sigil off the wall along the way. She makes her way past the throne and into the war room, marveling at the map of Westeros before her. “Shall we begin?” she asks. Yes, Dany. It’s about time.