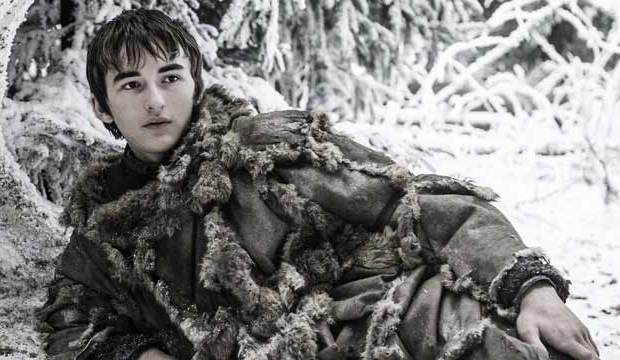 As is the case with any epic fantasy, HBO‘s “Game of Thrones” is filled to the brim with lore, prophecies, and a gargantuan cast of characters. So naturally, some dangling threads still exist before HBO’s Season 7 premiere on July 16. The series provided answers to some head scratchers, but the show has just two seasons left to provide fans closure for the following ten queries.

Where is Gendry? – Way back in Season 3, Ser Davos saved Gendry (Joe Dempsie) from the clutches of Melisandre by shoving him off in a rowboat. The young bastard of Robert Baratheon has not been seen since, with the exception of some legendary memes. Is his storyline simply done? Since he is the only surviving member of the Baratheon line, he could show up at the last minute to contest the Iron Throne.

How will Jon discover his parentage? – The infamous “R+L=J” theory was confirmed when Bran traveled back in time to see Lyanna Stark give birth to Jon Snow (Kit Harington). But with Bran (Isaac Hempstead Wright) north of The Wall, how will he get this information to Jon and the people of Westeros? The only person still living who witnessed Jon’s birth is Howland Reed, father to Bran’s companion Meera (Ellie Kendrick). Howland is rumored to live in seclusion in the Riverlands, and he could be the key to broadcasting Jon’s claim to the throne.

Will Bran bring down The Wall? – Suppose Bran tries to track down Howland himself and crosses The Wall. Many viewers speculate this would lead to devastation. The Night’s King marked him last season, which broke the spells on the Three Eyed Raven’s cave and allowed the White Walkers to enter. With similar magic woven into The Wall to keep the undead at bay, many viewers speculate that if Bran crosses it, the Night’s King’s mark will break the spell or even send the wall crumbling to the ground.

Will Westeros be undone by debt? – Cersei (Lena Headey) admitted her family racked up an enormous debt with the Iron Bank of Braavos, and the crown was unable to pay up. The bank is not known for letting such delinquency stand, and has previously backed debtor’s enemies to force their hand. Westerosi economics are unclear here: if the Lannisters all die, will the next ruler inherit the crown’s debt? After enduring a number of gruesome battles and a White Walker siege, it would be pretty bleak for the Seven Kingdoms to be ultimately done in by money.

Will Arya complete her kill list? – Arya (Maisie Williams) recently crossed two names off her kill list: Meryn Trant and Walder Frey. Targets still at large are Illyn Payne, The Mountain, Melisandre, Beric Dondarrion, Thoros of Myr, and Cersei. That’s quite a haul, and I suspect some kills will be stolen from her. However, we last left Arya in the Riverlands, which Melisandre (Carice van Houten) would pass through as she travels south from Winterfell. Mel did tell Arya they would meet again.

Will the Stark children reunite? – With Sansa (Sophie Turner) and Jon finally together at Winterfell, it’s hard not to root for Bran and Arya to rejoin their family. The youngest Stark children have objectives that may not bring them back home, but the four are the closest they’ve ever been (geographically) to being reunited.

Are the events of the show being told by an older Sam? – Eagle eyed viewers noticed that the astrolabe in the Citadel library is the same one featured in the opening credits. In addition, you can catch a glimpse of some type of lens shuttering across the screen at the beginning of these credits. The lens matches the magnifying glass the maester in the Citadel uses when speaking to Sam (John Bradley West). Does this mean the entire saga is actually being recorded for history by Sam? At least we would know one character survives.

Will Jorah survive his bought of Greyscale? – Jorah (Iain Glenn) hid his tragic Greyscale affliction for as long as he could before leaving Daenerys to find a cure. The only known survivor of the disease was Shireen Baratheon, so the odds are not in his favor. Melisandre might know a spell to halt the affliction, or Sam could discover some ancient remedy in the maester library. But, it’s unclear how Jorah would reach either character.

Will Cersei unleash more wildfire? – If you thought the burning of the Great Sept was bad, consider that Mad King Aerys stashed caches of wildfire underneath the entirety of King’s Landing. They are all still there. With Cersei’s children dead, will she find the will to fight Daenerys’ (Emilia Clarke) seemingly insurmountable army? Cersei might take a page from Aerys instead, and burn the place to the ground before anyone else can claim the throne.

Who is The Prince That Was Promised? – Melisandre speaks often about The Prince That Was Promised, a savior figure and reincarnation of Azor Ahai, the Lord of Light. Prophecy dictates that the “Prince” will be reborn amidst salt and smoke, and will wield a flaming sword to defeat the White Walkers. The top two candidates for the title are Daenerys and Jon Snow. Whether the prophecy involves one or both of them, or is simply another misinterpretation of faith by Melisandre, is one of the greatest mysteries of the series.