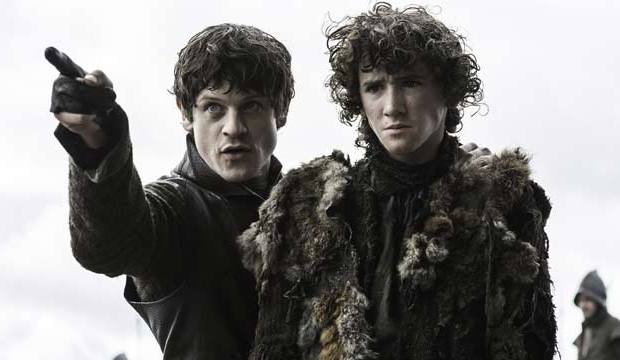 Over the past six seasons, and now into its seventh, “Game of Thrones” has been home to some of the nastiest villains on television, from human monsters to the undead. So we asked our readers to let us know who the greatest villain in the show’s history has been, and the somewhat surprising answer was not ruthless Queen Cersei Lannister (Lena Headey) or the mythic Night King (Vladimir Furdik), but rather Ramsay Bolton (Iwan Rheon). See the complete poll results at the bottom of this post.

Ramsay ruled our poll with 31% of the vote. And it makes sense if you think about it. Cersei is cold and calculating, but she still feels love and loyalty for her family. And while the Night King is the personification of death and destruction, he’s still only made a few appearances on the show. Ramsay, meanwhile, was a powerful, malignant force on the show from season three to season six, and though he is technically human his gleeful sadism knew no bounds. He conquered the Starks’ home of Winterfell and tortured Theon Greyjoy (Alfie Allen), including by castrating him.

Then to bolster his power to the north Ramsay was married to Sansa Stark (Sophie Turner), but he tortured and raped her as well. Both Sansa and Theon ultimately escaped, and they returned with Jon Snow’s army to defeat Ramsay. Sansa finished him off by locking him in a kennel with his own starving hounds, who ate him alive.

Cersei followed Ramsay with 21% of the vote, and in third place was Cersei’s son Joffrey (Jack Gleeson) with 20%. The Night King only had 8% of the vote, but if we ask that question again at the end of the series I’m guessing that number would go way up.

Do you agree that Ramsay has been the show’s greatest villain thus far? You can keep voting in our poll here if you disagree, and make sure to discuss this and more with your fellow “Game of Thrones” fans in our forums.