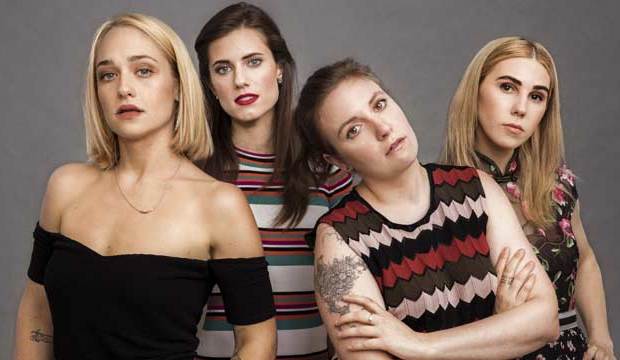 Emmy nominations are less than a week away, and the field of potential comedy nominees may be bigger than it ever has been, with new shows like “Atlanta,” “Insecure,” “Fleabag,” “Dear White People,” “Better Things” and “The Good Place” among the many that could break through for the first time. However, there’s a chance for a previous Emmy favorite to return to the lineup. This spring “Girls” ended its run on HBO after six seasons, so it could get a farewell hug from voters four years after its last Best Comedy Series bid.

“Girls” burst onto the scene in 2012 with much fanfare. Its cast of  wayward Brooklyn millennials drew non-stop discussion and controversy, but its quality was widely recognized. In its first season the show was nominated for five Emmys, including four for its creator, writer, director and star Lena Dunham: Best Comedy Series, Best Comedy Actress, Best Comedy Writing and Best Comedy Directing. The fifth nomination was Best Comedy Casting, which was the show’s only win that year. Then the show earned another five nominations in 2013 for its sophomore year: return bids for Comedy Series, Comedy Actress, Comedy Directing and Comedy Casting, plus a first-time nomination for Adam Driver as Best Comedy Supporting Actor.

But since then, the show has lost its momentum with voters. Nominations whittled down to recognition just for its actors Dunham and Driver in 2014, then just Driver and guest actress Gaby Hoffmann in 2015. Finally in 2016 it only received a nom for a Best Comedy Guest Actor for Peter Scolari — which it won. But that was an unusual circumstance: Scolari originally didn’t have enough votes to be nominated, but he was added to the lineup after the disqualification of another nominee, Peter MacNicol (“Veep”). Nevertheless, his victory demonstrated lingering affection for the show within the TV academy. Now that “Girls” is through its sixth and final season, can it make an Emmys comeback?

Last year’s fifth season marked an artistic renaissance for the show, with several individual episodes garnering rave reviews. Namely, “The Panic in Central Park,” a stand-alone episode centering around Allison Williams’s Marnie Michaels, found fans and critics alike more interested than ever in the hopeful resolution of the show’s central characters, in addition to praising Dunham’s strong writing. Even still, the renewed sense of promise around “Girls” could only yield that guest-acting win for Scolari.

While “Girls” has followed the usual trend of comedy series gradually receding from the Emmy spotlight after strong starts (see also: “30 Rock,” “Arrested Development,” “Modern Family”), the show’s dramatic final storylines and overall legacy may tempt voters to close out its sixth season on a high note, much like the late-in-the-series triumphs of “Friends,” which won for its eighth season in 2002, and “Everybody Loves Raymond,” which won for its seventh (2003) and ninth (2005) seasons. So will “Girls” return to Emmy glory, or will it bow out quietly?