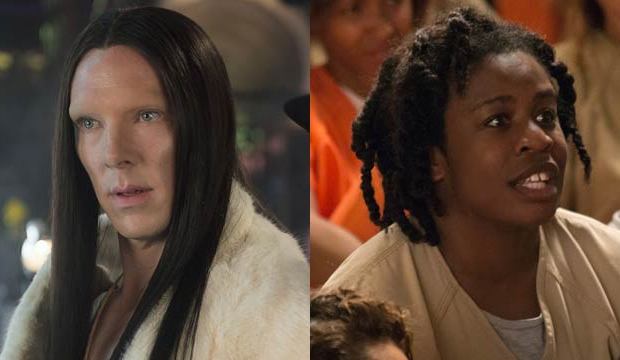 “Moonlight” may have won the Oscar for Best Picture, but Hollywood still has a long way to go when it comes to representations of LGBTQ characters. That’s according to GLAAD (the Gay and Lesbian Alliance Against Discrimination), which has released its annual Studio Responsibility Index measuring the quantity and quality of queer roles in films from major studios.

The study counted 125 mainstream films released by 20th Century Fox, Lionsgate Entertainment, Paramount Pictures, Sony Pictures, Universal Pictures, Walt Disney Studios and Warner Bros. Twenty-three of those films (18.4%) included an LGBT character, most of which were gay men. That’s up slightly from 2015, with gay men, lesbian women and bisexual characters all making modest gains from the previous year. But racial diversity was down for those characters relative to 2015. And LGBT representation was down overall in 41 films from subsidiary art-house studios Focus Features, Fox Searchlight, Roadside Attractions and Sony Pictures Classics.

But even when there are gains in representation, the quality and impact of those roles still leave much to be desired. The report concludes, “Studios must do better to not only include more LGBTQ characters, but to construct LGBTQ roles that are directly tied to the plot.” And Hollywood comedies “continued to include out-and-out defamatory portrayals of LGBTQ people,” with the report citing “Dirty Grandpa,” “The Brother Grimsby” and “Zoolander 2” among the offenders — “Filmmakers should question what they are really communicating to audiences when they use thoughtless ‘humor’ targeting an already marginalized community.” Also noteworthy is the finding that “mainstream film continues to lag far behind TV and other forms of media when it comes to LGBTQ representation.”

Discus TV, film and more with Hollywood insiders in our notorious forums

See the complete report for yourself here. What do you think of the findings? Discuss this and more with your fellow movie fans in our forums, and keep up with all the latest Gold Derby entertainment news.

Tony Awards: Josh Groban was 'over the moon' when he was nominated for 'The Great Comet'…