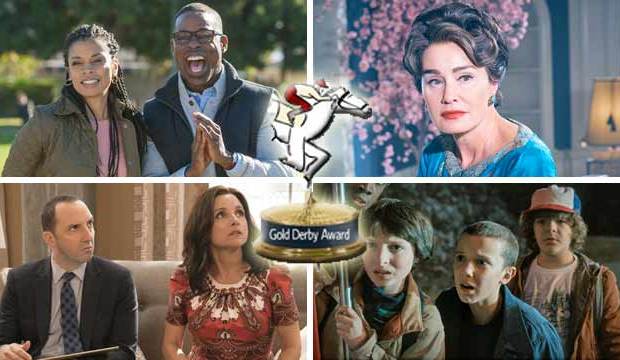 The Screen Actors Guild isn’t the only group that decides the top ensemble of the year. In fact, at our Gold Derby TV Awards it’s even more difficult because comedies, dramas, movies, limited series, and even variety series compete against each other to be declared the Best Ensemble of the Year. You can now vote for nominees for the 14th Annual Gold Derby TV Awards, honoring the best TV during the eligibility period of June 1, 2016 to May 31, 2017.

We have 30 ensembles available now in our predictions center, and you can vote for your top three selections. Look over these names and help us decide the six nominees for this year:

Nobody knows awards better than the experts, editors and users at Gold Derby, so we launched our own prizes for film in 2002 and for TV in 2004. Vote for your favorites in 30 categories for the Gold Derby TV Awards 2017 Nominations. You can rank your top three choices in all categories. Vote by clicking on a category, and then grab contenders one by one from the left column and add them to the right column by clicking on the green + symbol. Arrange in the order you choose to vote (#1 is your top choice). Grab each entry and move it up or down. You can vote now and edit your ballot as often as you like before voting ends at 11:59pm Eastern on July 23.  (See the photos at the bottom of this post for an illustration of the voting process.)

1) Click “Make your predix here!” at the top of the Gold Derby page.