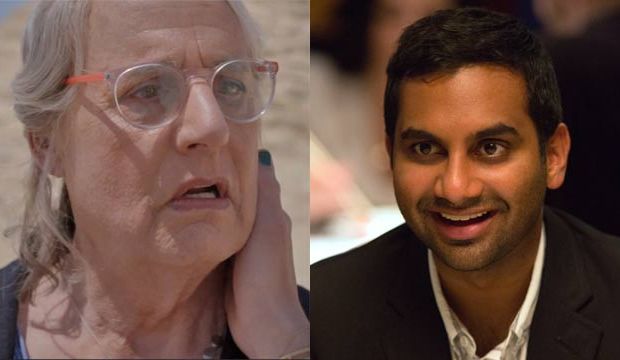 The Golden Globe race for Best TV Comedy Actor is wide open since last year’s winner, Donald Glover (“Atlanta”), won’t be eligible this time around (his show won’t have any new episodes aired in 2017). The Hollywood Foreign Press Association often likes to single a breakout star on a new show (like Glover last year) or an A-list movie star working in television (like Don Cheadle in “House of Lies” in 2013). But this year our All-Star Top 24 Users think it’s a race between two TV stars on returning shows: Jeffrey Tambor (“Transparent”) and Aziz Ansari (“Master of None”).

It’s wise to consult our All-Stars’ predictions; they were the highest-scoring users when you combine Golden Globe nominations predictions from the past two years, so they know what they’re talking about. They’re split right down the middle, with nine forecasting Tambor and another nine forecasting Ansari. However, either winner would be somewhat anomalous when you consider Globe history.

The Globes don’t like to repeat themselves as much as the Emmys often do, and Tambor already won a Globe for his role in “Transparent” in 2015. That in itself may be a disadvantage; Tambor would be the first multiple-winner in this category since Alec Baldwin won for “30 Rock” for the third time in 2009. But a repeat Tambor victory would be even more unusual considering that his previous victory was three years ago. The last actor to repeat in this category three or more years apart was Kelsey Grammer, who won for “Frasier” in 1996 and then again in 2001.

So you might think Ansari has an advantage. “Master of None” is still relatively new, having premiered its second season this past spring, so it’s still fresh enough for Globe voters who gravitate towards what’s fresh. And though Ansari earned a nomination for season one in 2016, he didn’t win, so the HFPA wouldn’t be repeating themselves by rewarding him now. What’s more, “Master of None” may or may not return for a third season anytime soon, so this might be voters’ last chance to honor him, at least for a while.

However, it’s rare for an actor to win this race for the first time on his second try for the same show. Most past winners have prevailed on their first nomination, which once again reflects the HFPA’s bias towards new shows and breakthrough performers. The last time an actor won his first Globe for a role after a previous loss was Michael J. Fox, who was nominated for “Spin City” in 1997 and then won the next three in a row (1998-2000).

Do you agree with our All-Stars? If not, who do you think will win?