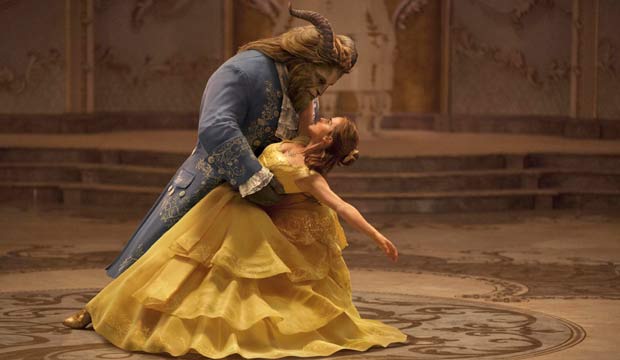 Could we be underestimating “Beauty and the Beast” at the 2018 Golden Globes? Right now the award for Best Film Comedy/Musical looks like a race between “Get Out,” “Lady Bird,” and “The Big Sick,” according to the predictions of the Expert film journalists we’ve polled, with “I, Tonya,” “The Disaster Artist,” and “Battle of the Sexes” also among major contenders. “Beast” is currently an underdog, but don’t discount how much the Hollywood Foreign Press Association loves a musical.

As of this writing only one of our 16 Experts, Anne Thompson (IndieWire) is predicting a nomination for “Beauty and the Beast.” True, the Golden Globes like to be seen as an Oscar bellwether and “Beauty” is not generally considered a strong contender at the Academy Awards except in below-the-line categories. That alone could make Globe voters look elsewhere when picking nominees, but musicals have a remarkable track record at the Globes. They’re often nominated even when they’re not major Oscar contenders (like “Across the Universe” in 2008, “Mamma Mia!” in 2009, and “Burlesque” in 2011, to name a few). And they often win, even against non-musicals that turn out to be bigger Oscar contenders, like in 1997 when “Evita” defeated “Fargo” and “Jerry Maguire,” or in 2008 when “Sweeney Todd” bested “Juno.”

It must be noted that if Globe voters are in the mood for a musical they’ll have another option, “The Greatest Showman,” which opens December 20 and ranks higher in our Experts’ picks. But it probably won’t be lost on the HFPA that “Beauty and the Beast” is the highest grossing film of 2017, with $504 million at the domestic box office (and $1.2 billion worldwide). So they may want to see the film and its stars represented at their telecast and on their red carpet. And it’s a remake of the animated film that actually won the Globe for Best Film Comedy/Musical in 1992, so we already know voters like this story and these tunes.

But as of this writing the only nomination for “Beauty” our Experts are betting on is Best Film Comedy/Musical Actress for Emma Watson. Eight of our Experts expect her to make the cut: Edward Douglas, Joyce Eng (TV Guide), Scott Mantz (Access Hollywood), Michael Musto (NewNowNext), Keith Simanton (IMDb), Brian Truitt (USA Today), Adnan Virk (ESPN), and Susan Wloszczyna (RogerEbert.com).

What do you think? Will Watson be the only nomination for the blockbuster film? Will it be shut out entirely? Or might it actually sweep the awards?