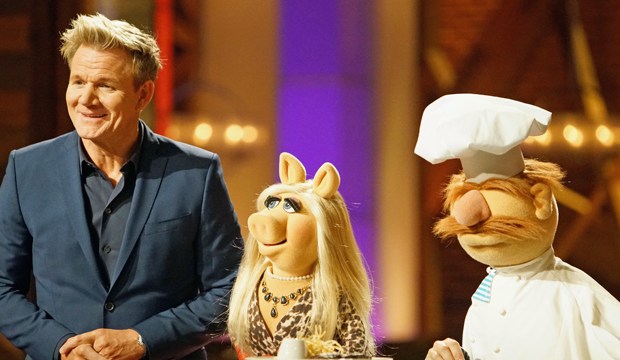 Gold Derby can exclusively reveal that Gordon Ramsay is entering the “MasterChef Junior” episode “The Muppets Take MasterChef” as his Emmy submission for Best Reality Host. This installment of the Fox show aired May 4 and was the 13th episode of season 5.

For this segment Ramsay and Chef Christina Tosi welcome their six finalists for the season and open with a team challenge. After a Blue team win, Ramsay introduces a big surprise in a box behind him: legendary Muppets characters Miss Piggy and Swedish Chef. With such young competitors, the episode features a blend of joy, triumph, sadness and crying.