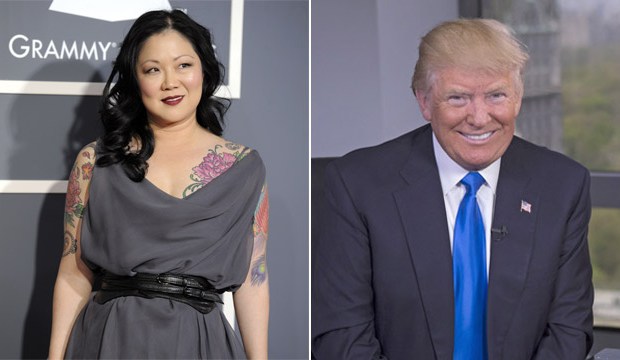 Something tells us Margaret Cho won’t be invited to the White House anytime soon. After losing the 2017 Grammy Award for Best Comedy Album, Cho, who was hosting the live online Premiere Ceremony, said that she was going to give her acceptance speech anyway. “F*** Donald Trump!” she shouted into the microphone, as many in attendance cheered her on.

Cho is no stranger to political humor, having been nominated for an Emmy Award in 2012 for playing Kim Jong-il on “30 Rock.” But this is the first time she actually used such strong language in a live public setting. Did the comedian go too far? Let us know in the comments section below.

After Oswalt left the stage, Cho later returned to introduce the next presenter, and that’s when she went after President Trump. This is Cho’s second nomination at the Grammy Awards after earning a bid for “Cho Dependent” in 2013; she lost that time to Jimmy Fallon (“Blow Your Pants Off”).