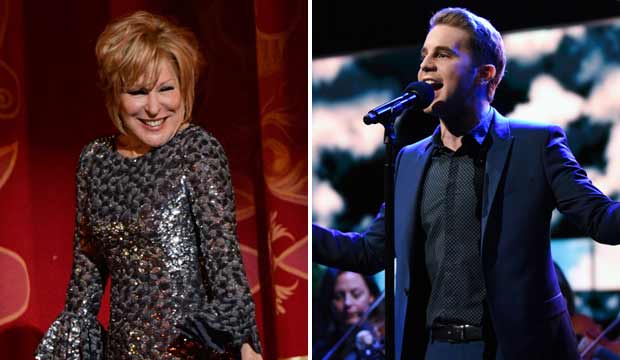 For the first time since 2014 there are only three Grammy nominees for Best Musical Theater Album as opposed to the five that have been included in the last three years. Each of the three nominated cast recordings that made the cut this year came from musical productions — “Come From Away,” “Dear Evan Hansen,” and “Hello Dolly!” — that were seen as highlights of the 2016-17 Broadway season. But the latter two, “Hansen” and “Dolly,” may have the best shot of winning given what this category’s statistics have shown us in recent years.

No other musical from last season was able to capture the cultural zeitgeist quite like “Dear Evan Hansen.” It managed to win six Tony Awards including Best Musical back in June, and 10 times in the last 18 years the Tony champ for Best Musical has also won the Grammy. Not only that, but the original cast recording debuted at number-eight on the Billboard 200 albums chart back in February, and was thus able to cross over into the musical mainstream, which very few cast albums do. Its Tony-winning leading man, Ben Platt, is nominated as a principal soloist on the recording, and the recording academy might wish to honor the breakout star of last season.

On top of that, the songwriting team of Benj Pasek and Justin Paul are also nominated with composer Justin Hurwitz for their Oscar-winning song from “La La Land,” “City of Stars,” in the category of Best Visual Media Song, so Grammy voters have multiple reasons to want to reward them as well. And if Pasek and Paul win at least one Grammy this year, they’ll only be an Emmy away from EGOT.

But seven times in the last 18 years this award went to a cast recording that featured a major contribution from a previous Grammy-contending musical favorite as their secret weapon. In addition to last year’s winner “The Color Purple” with Jennifer Hudson, those winners have included “Aida” (which had original music composed by Elton John), “Jersey Boys” (which featured the songs of The Four Seasons), “Spring Awakening” (with a score by Duncan Sheik) “American Idiot” (with songs by Green Day), “Kinky Boots” (which had an original score by Cyndi Lauper), and “Beautiful” (which utilized the songs of Carole King).

Could that factor help “Hello Dolly!” given that its principal soloist is three-time Grammy winner Bette Midler? The original Broadway cast recording with Carol Channing was nominated back in 1965, but lost to “Funny Girl.” A revival was nominated decades later in 1996 but lost to “Smokey Joe’s Cafe.” So that meddling matchmaker also has a big Grammy IOU. It could also stand out as the only revival of a classic musical among originals “Come From Away” and “Dear Evan Hansen.”

So who do you think has the edge?