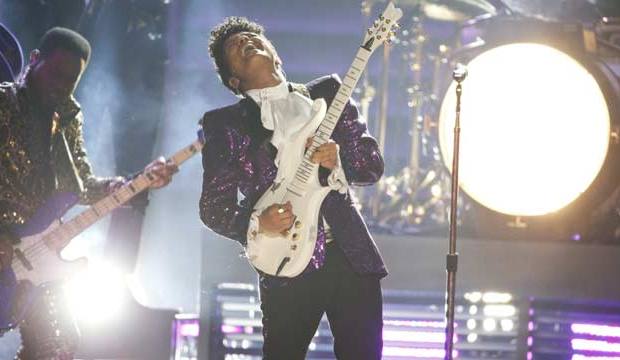 The 59th Annual Grammy Awards had an impressive lineup of performers scheduled for Sunday night and they did not disappoint. Music’s biggest stars gathered at the Staples Center in Los Angeles and provided some of the most memorable and powerful performances in recent history.

Opening the show was Album, Record and Song of the Year winner Adele with a powerful performance of her winning hit, “Hello.” The diva returned to the stage later in the show to pay tribute to the late George Michael with her own version of his song “Fastlove.” That performance didn’t go as smoothly. Just moments in, Adele stopped the band, swore on live television and asked to start again, determined to get it perfect for one of her idols. In the end, the performance was beautiful, and the crowd loved her even more for it.

Another memorable moment was the dramatic and artistic visual display Beyonce turned in with her medley of “Love Drought” and “Sandcastles.” Queen B emerged looking like just that, showered in gold, ethereal clothing that showed off her highly publicized baby bump. The performance was understandably less energetic than what we are used to seeing from Beyonce, but she nonetheless earned a standing ovation from the audience.

2017 Grammy Awards: Full list of winners in all 84 categories

Bruno Mars proved why he is one of the most respected artists of today with a couple of show stoppers of his own. The first was his own hit, “That’s What I Like” – a smooth, R&B-influenced jam that had the audience on their feet before he had even finished. Later he joined The Time to pay tribute to the legendary Prince, with a performance of “Let’s Go Crazy.” Jaws were left on the floor as Mars, dressed in a Prince-inspired outfit, channeled The Purple One while not only singing, but shredding it on the guitar.

One of the most surprising performances may have come from this year’s Best New Artist, Chance the Rapper. Many viewers may not have been familiar with him before tonight, but they certainly are now. Chance brought out gospel greats Kirk Franklin and Tamela Mann for his song “How Great,” and how great it was! The inspirational performance made it clear the young rapper was worthy of his Best New Artist title.

Last but not least, how could we forget about Lady Gaga? Fresh off her monumental Super Bowl performance, Gaga joined Metallica for their rock classic, “Moth Into Flame.” If she’s not singing standards with Tony Bennett, performing show tunes at the Oscars, or entertaining nearly 120 million viewers at the biggest sporting event in America, apparently she is crowd surfing and rocking out with one of the world’s most legendary metal bands. Is there anything she can’t do?

Other notable performances of the night included: John Legend and Cynthia Erivo’s “In Memoriam” tribute, singing the Beach Boys hit “God Only Knows”; Keith Urban and Carrie Underwood teaming up for the energetic “The Fighter”; and Anderson Paak joining A Tribe Called Quest and Busta Rhymes for a medley of “Award Tour,” ”Movin’ Backwards” and ”We The People.” R&B superstar Alicia Keys and country newcomer Maren Morris paired up for “Once.” And Demi Lovato, Little Big Town, Tori Kelly and Andra Day gave an all-star tribute to the Bee Gees. With all of these incredible performances, which one was your favorite? Vote in our poll below.