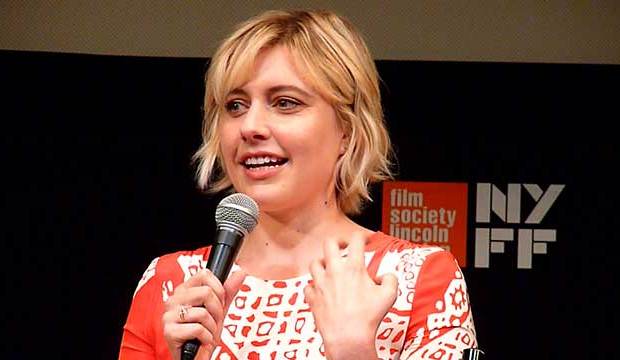 Did you know that it’s been 14 years since an individual woman won Best Screenplay at the Golden Globes? Sofia Coppola took home the prize for “Lost in Translation” (2003), and later followed up that victory with a matching Oscar for Best Original Screenplay. This year we could see history made again, as Greta Gerwig was just nominated at the Golden Globes for writing the script for “Lady Bird.”

As of this writing Gerwig has 8/5 odds to win Best Screenplay, according to Gold Derby’s combined odds. That puts her in second place, behind only Martin McDonagh (“Three Billboards Outside Ebbing, Missouri”) with leading 7/5 odds. Rounding out the category, Liz Hannah & Josh Singer (“The Post”) are in third with 5/1 odds, Guillermo del Toro & Vanessa Taylor (“The Shape of Water”) come in fourth with 13/2 odds, and Aaron Sorkin (“Molly’s Game”) is in fifth with 15/2 odds.

In Gerwig’s favor is the fact that she was strangely snubbed for Best Director. In other words, voters who want to reward Gerwig will now have no other choice than to anoint her in Best Screenplay, since she’s not a producer on “Lady Bird” and thus wouldn’t earn a trophy if it wins Best Comedy/Musical.

Should either Liz Hannah or Vanessa Taylor win for their screenwriting teams, they’d join several other female co-writers who claimed victory at the Golden Globes. Most recently, Diana Ossana won for penning “Brokeback Mountain” (2005) with Larry McMurtry; this duo later earned the Oscar for Best Adapted Screenplay.

In addition to Coppolla, only four other individual female scribes have taken home Golden Globes in the 70-year history of Best Screenplay: Emma Thompson for “Sense and Sensibility” (1995), Callie Khouri for “Thelma & Louise” (1991), Naomi Foner for “Running on Empty” (1988), and Helen Deutsch for “Lili” (1953). Will Greta Gerwig be next to join this esteemed list?

Be sure to make your Golden Globe predictions so that Hollywood insiders can see how their films and performers are faring in our odds. You can keep changing your predictions until just before winners are announced on January 7. And join in the fierce debate over the 2018 Golden Globes taking place right now with Hollywood insiders in our film forums. Read more Gold Derby entertainment news.