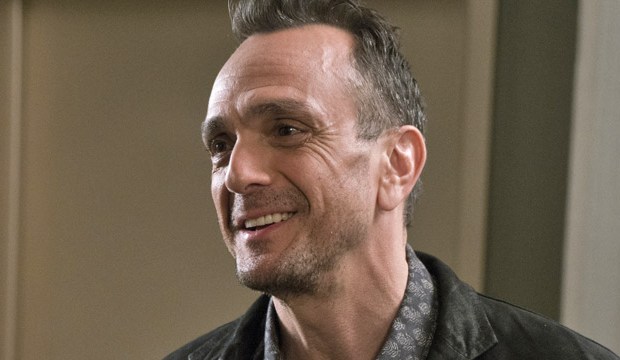 Hank Azaria is already a five-time Emmy winner — three times for his voice work in “The Simpsons,” once as Movie/Mini Supporting Actor in “Tuesdays with Morrie” and last year for his guest work on the drama series “Ray Donovan.” This year Azaria is up for his role as Ed Cochran for the episode “Norman Saves the World” on that show once again, and a win would make history for Azaria as the first Best Drama Guest Actor champ to win twice for the same role.

In “Norman Saves the World,” Ray Donovan (Liev Schreiber) enlists the help of disgraced former FBI director Cochran (Azaria) to pull strings to get his father Mickey (Jon Voight) transferred from regular prison to a safer unit reserved for gay-identifying inmates. Having spent the previous seasons as antagonists to one another, Ray and Cochran are finally working in tandem here though with residual and underlying distrust of one another that allows for Schreiber and especially Azaria to play the roles with an extra layer of playfulness and energy.

The material that Azaria has here is prime awards bait. Not only is Cochran still limping from a gunshot wound inflicted by Ray last season, but he also opens the episode seemingly intoxicated while playing guitar and singing and later has the aforementioned shining moments opposite Schreiber.

Interestingly, in the episode for which Azaria won last year (“One Night in Yerevan”) Ray spent the episode building a coverup to make Mickey seem senile in order to get him out of a bind with the cops. Now in “Norman Saves the World,” Ray is once again attempting to paint Mickey as something he’s not in order to fix a situation. Is it just a coincidence or is this storyline another ticket to an Azaria win?

In the Drama Guest Actor field no actor has won the Emmy twice for the same role; Azaria would be the first. Additionally, only three men have ever won the category twice: John Lithgow is the most recent (2010 for “Dexter” and 1986 for “Amazing Stories”), Charles S. Dutton is the only to do it in consecutive years (2003 for “Without a Trace” and 2002 for “The Practice”) and Patrick McGoohan did it for different roles on the same series (1990 for “Columbo” and 1975 for “Columbo: By Dawn’s Early Light”).

“Ray Donovan” had its biggest haul of nominations during the 2016 Emmy season with a total of five, resulting in a sole win for Azaria. This year the series is back down to only two nominations (Azaria and Schreiber), suggesting that confidence and/or love in the show may have waned with voters.