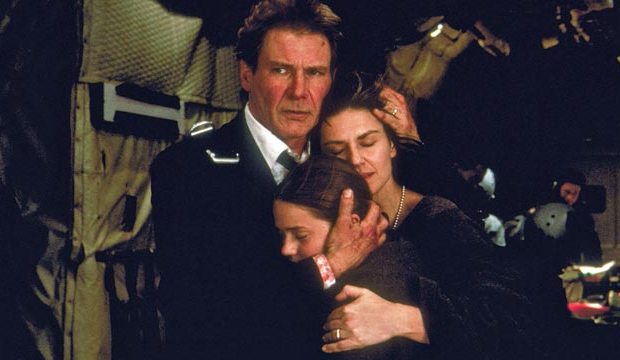 Harrison Ford returned to one of his most iconic roles this past weekend as Rick Deckard in “Blade Runner 2049.” The long-awaited sequel to 1982’s “Blade Runner” opened nationwide co-starring Ford as the now-former replicant hunter who was thought to have disappeared. He suddenly finds himself working with new blade runner K (Ryan Gosling) as the powers-that-be endeavor to destroy them.

SEE‘Blade Runner 2049’: Harrison Ford back at Oscars at last?

The word “franchise” is now familiar to fans of Ford as “Blade Runner” joins films in the “Star Wars,” Indiana Jones, and Jack Ryan universes with multiple visits to the same characters (this must be some sort of record in franchise-starring.)

In between, Ford got to exercise his acting muscles in such non-franchise films as “42,” “The Fugitive,” “The Mosquito Coast” and of course “Witness,” the only movie to bring him an Oscar nomination. In addition to that bid, he has been nominated at the Golden Globes four times and received the Cecil B. DeMille Award from the Hollywood Foreign Press Association at the 2002 ceremony. He received the life achievement award from the American Film Institute two years earlier in 2000.

We’ve collected 15 of Ford’s best films and ranked them from worst to first, including the ones mentioned above. Tour our our gallery above and sound off in the forums if you agree or disagree with our choices.