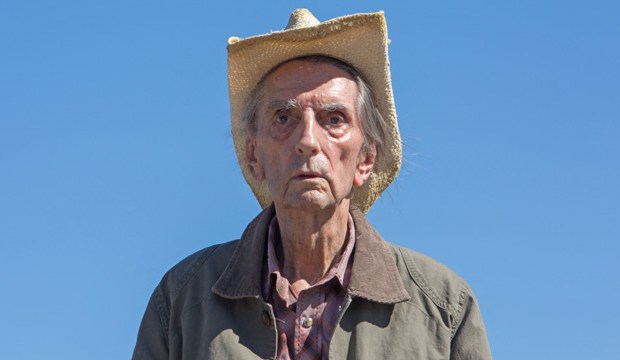 Veteran actor Harry Dean Stanton passed away on Friday at the age of 91 at Cedar Sinai Medical Center in Los Angeles. The actor had a long career dating back to the 1950s with appearances on classic television shows like “Gunsmoke” and in films such as “Cool Hand Luke” starring Paul Newman. Stanton was probably best known for his work in the first “Alien” film and as Molly Ringwald’s offbeat father in “Pretty in Pink.”

The actor also was a great influence on two-time Oscar winner Sean Penn. Early in his career, Penn was feeling unfilled by the kind of projects for which he was auditioning. After a chance meeting with Stanton, he was inspired to do more deeper acting. Not everyone was as enamored of the actor as Penn, though.

Stanton played a small role in the 1979 film “The Rose” as a famed singer whose work is idolized by the title character played by Bette Midler. His character insults The Rose and asks her not to perform his songs. Stanton perhaps took the role a little bit to an extreme and began insulting Midler. On the recent Criterion Collection reissue of the film, Midler waxes fondly about all the cast, but still seems comically resentful of Stanton; she did, after all, once have a production company called “We Hold a Grudge Productions.”

Stanton’s work in “Alien,” which was also released in 1979, has continued to fascinate science fiction fans for years even though he himself has expressed unhappiness with his death scene in which he felt he overacted. Stanton’s legs though apparently gave a strong enough performance since when editing the film director Ridley Scott found he didn’t have enough footage of the character Lambert’s (Veronica Cartwright) death so the famous scene with the alien’s tail wrapping itself around what we think are Cartwright’s legs were actually Stanton’s. The scene plays well on initial viewing but “Alien” fanatics will clearly notice how for some reason Cartwright is suddenly wearing Stanton’s sneakers.

Stanton also starred in the film “Paris, Texas” which won the Palme d’Or at the Cannes Film Festival, and in David Lynch‘s “Twin Peaks.” To see more of the celebrities we lost in 2017, click through our In Memoriam photo gallery below.

Emmy episode analysis: Bette Midler ('The Politician') returns to the Emmys 22 years after her last…

Guess who will sing 'The Place Where Lost Things Go' at the Oscars? Hint: She is quite divine

Bette Midler's best moment on the Oscars till now: Watch her make merry with the 1982 Best Original Song…