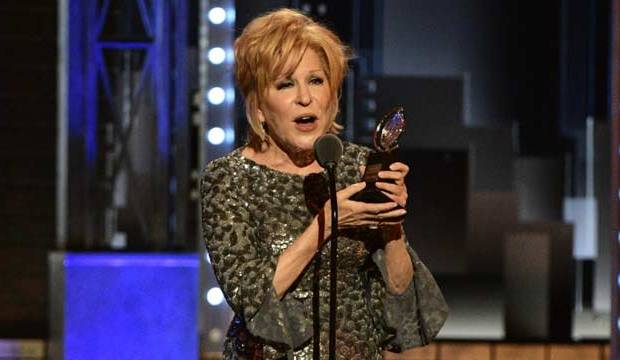 A brand new Broadway production of the 1964 Tony-winning classic “Hello, Dolly!” opened on April 20 to rave reviews. It went on to win four Tony Awards: Best Musical Revival, Best Actress in a Musical (Bette Midler), Best Featured Actor in a Musical (Gavin Creel), and Best Costume Design of a Musical (Santo Loquasto). The show recently announced on Twitter that Midler will be giving her final performance in the hit revival on January 14, 2018.

At this point it’s unknown if the producers will try to find a good enough replacement to help keep business going or if they’ll just close up shop once her contract ends. Though considering how the original production was able to extends its life for years with Ginger Rogers, Martha Raye, Betty Grable, Pearl Bailey, Phyllis Diller and Ethel Merman taking on the title role after the iconic Carol Channing’s departure, let’s play a little casting game, shall we?

Below is my list of ladies who would be almost as exciting as the Divine Miss M in the part of Dolly. Vote for your favorite in our poll at the bottom of this post. And if you have some personal choices of your own that aren’t listed here, feel free to suggest them in the comments section.

Carol Burnett
A few years before this comedy legend went on to make a name for herself on the small screen, Burnett’s big break came on the Great White Way when she starred as Princess Winifred in the original production of “Once Upon a Mattress,” which earned her a Tony nomination for Best Actress in a Musical. Her most recent Broadway appearance was in 2014 when she took over for Mia Farrow in a revival of A.R. Gurney’s “Love Letters.” But her last Broadway appearance in a musical was in a Stephen Sondheim revue titled “Putting It Together” back in the 1999-2000 theater season.

Patti LaBelle
This two-time Grammy Award winner has appeared on Broadway six times, three of which were her own concerts. LaBelle has also even expressed interest in taking over for Bette Midler. If that were to happen, it would be a great throwback to when the original production had an all-black cast at one point featuring Pearl Bailey, Cab Calloway, and a young Morgan Freeman in the ensemble.

DISCUSS‘Hello Dolly’ with Hollywood insiders in our notorious forums

Liza Minnelli
After having won a Tony Award in 1965 for her Broadway debut in “Flora, The Red Menace” when she was only 19 years old, this daughter of show business legends Vincent Minnelli and Judy Garland has gone on to have a successful career in just about all entertainment media. Her most recent Broadway appearance was a month-long concert titled “Liza’s at the Palace” in the 2008-2009 theater season, which ended up winning the Tony for Best Special Theatrical Event before that category was discontinued the following year. Her last Broadway appearance in a musical was when she spent a month filling-in for Julie Andrews in the stage adaptation of “Victor/Victoria.” Wouldn’t it be nice to have Liza Minnelli back where she belongs?

Bette Midler's best moment on the Oscars till now: Watch her make merry with the 1982 Best Original Song…