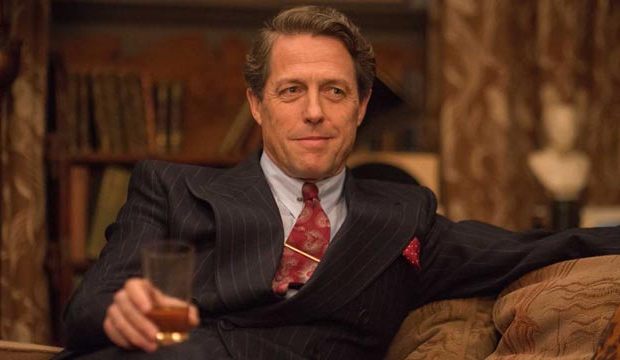 Predicted first-time Oscar nominee Hugh Grant was snubbed for his role as the supportive spouse in “Florence Foster Jenkins,” an archetype that regularly contends at the Oscars for Best Supporting Actress, but seldom for Best Supporting Actor. The male supporting roles that attract Oscars tend to be villains or otherwise dominant forces whose paths happen to cross with those of the protagonists. The category’s last two winners certainly fit this bill: Mark Rylance from “Bridge of Spies” and J.K. Simmons from “Whiplash.” Playing opposite Meryl Streep in the eponymous role, Grant contended to become the first Best Supporting Actor nominee from an actress-driven film in five years.

The last man nominated for playing such a role was Kenneth Branagh from “My Week with Marilyn” (2011), which received a Best Actress nomination for Michelle Williams. Such performances figure so rarely into the awards conversation that it has been 15 years since a man won Best Supporting Actor for a female-led film: Jim Broadbent in 2001’s “Iris,” which reaped a Best Actress nomination for Judi Dench.

By contrast, the meatiest female supporting roles tend to be those that directly serve to support the male protagonists. Last year’s Best Supporting Actress winner Alicia Vikander of “The Danish Girl” fit the archetype of the long-suffering wife; Patricia Arquette of “Boyhood” filled the role of supportive mother the year before.

The 25 Best Supporting Actor nominees from the last five years have come exclusively from films led by men. Three Best Supporting Actor nominees from that time frame came from films with female leads, but they were films in which the female lead was secondary to the male lead: Bradley Cooper from “American Hustle” (2013) starring Christian Bale and Amy Adams; Robert De Niro from “Silver Linings Playbook” (2012) starring Cooper and Jennifer Lawrence; Michael Shannon from “Nocturnal Animals” (2016) starring Jake Gyllenhaal and Amy Adams (Adams had top billing, but Gyllenhaal had twice as much screen time).

The problem is probably twofold, relating to existence of roles, as well as perception of them. Part of the phenomenon can be chalked up to institutional sexism in Hollywood, which infamously produces far more films that are for and about men. Of the 52 contenders that were listed in the Gold Derby predictions center for Best Supporting Actor this year, only 14 were from actress-driven films. Many prestige films tend also to be period pieces about noted historical figures and men traditionally have taken leadership roles.

But part of this phenomenon might be a reflection of Hollywood’s and especially the academy’s biases toward gender. Perhaps the Oscars do not want men to aspire to support women, as they have quashed the hopes of strong performances in recent years that have done well in the precursors. Last year, past Oscar winner Benicio Del Toro received a BAFTA nomination for “Sicario” starring Emily Blunt; the film reaped three Oscar nominations. Jacob Tremblay received a Screen Actors Guild nomination for “Room,” which reaped four Oscar nominations, including Best Picture and a win for Best Actress for Brie Larson. For his final role, the late James Gandolfini received both SAG, Critics’ Choice and Independent Spirit nominations for 2014’s “Enough Said” starring Julia Louis-Dreyfus. Two-time Oscar winner Tom Hanks was pegged as a frontrunner early in 2013 for “Saving Mr. Banks” starring Emma Thompson, but his highest profile nomination ultimately came from the Satellite Awards. Not counting breakthrough performance awards, supporting actor Dwight Henry won more critics’ awards — most notably from the Los Angeles Film Critics Association — than lead actress Quvenzhane Wallis for “Beasts of the Southern Wild” (2012), but Wallis ended up the sole acting nominee for the film at the Oscars, where it received four nominations, including Best Picture.

Alec Baldwin and Ewan McGregor have each twice filled the role of long-suffering husband to prestige actress performances in recent years and failed to make a blip on the awards radar. Baldwin supported consecutive Best Actress winners: Blanchett in 2013’s “Blue Jasmine” and Julianne Moore in 2014’s “Still Alice.” McGregor supported 2012 Best Actress nominee Naomi Watts in “The Impossible” and 2013 Best Supporting Actress nominee Roberts in “August: Osage County.” The industry responded to the acting in these films in big ways, but Baldwin and McGregor, a past Oscar nominee and two-time Globe nominee respectively, played parts that must have been seen as too passive for men. Awards shows welcome men supporting men and women supporting both men and women, but not men supporting women.