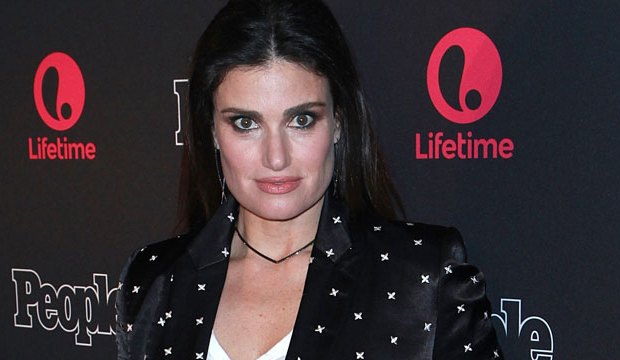 Tony champ Idina Menzel (“Wicked”) will lead an upcoming workshop of the new musical “Jagged Little Pill,” which features songs from Alanis Morrissette’s 1995 Grammy-winning album of the same name. The show, which has been in development for four years, will tell the story of one family, headed up by Menzel as the matriarch, as they navigate modern-day society. It will touch on both the hot button issues of gender identity and race relations.

Oscar-winning screenwriter Diablo Cody (“Juno”) has crafted the book while Pulitzer and Tony winner Tom Kitt (“Next to Normal”) has done the orchestrations of Morrissette’s tunes; he wrote “If/Then” for Menzel in 2014.  Among the “Jagged Little Pill” songs sure to be featured are the chart-toppers “You Oughta Know,” “Ironic” and “Hand in My Pocket.” Overseeing the reading is Tony winner Diane Paulus (“Pippin”).

If all goes well, the show is set to be staged at American Repertory Theater in Cambridge, MA next spring; Paulus has a long association with this theater having been artistic director there a decade ago. However, Menzel won’t be making the trip as she is already inked to star at that time in the Roundabout Theater world premiere of “Skintight,” a new play by Joshua Harmon (“Significant Other”).

2020 Tony Awards confusion: What's going on with the musical categories?