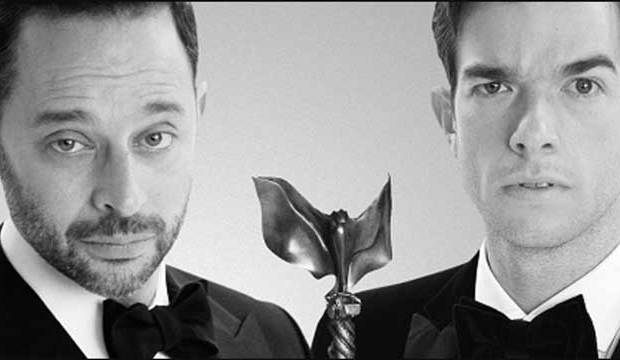 The Indie Spirit Awards will air live nationwide on Saturday, February 25 from a tent on Santa Monica beach beginning at 2:00 p.m. ET/5:30 p.m. PT on IFC. The 32nd annual edition of this ceremony will be hosted by Nick Kroll and John Mulaney, long-time collaborators who just wrapped up an acclaimed run on the rialto in “Oh, Hello on Broadway.”

Other famous folk set to take to the stage that will be set up in a tent on Santa Monica beach include: Fred Armisen, Kate Beckinsale, Orlando Bloom, Joseph Gordon-Levitt, Danny McBride, Janelle Monae, David Oyelowo, Amanda Peet, Freida Pinto, Aubrey Plaza, Issa Rae, and Miles Teller. And Edgar Ramirez and Jenny Slate, who announced the nominations way back on Nov. 22, are also scheduled to appear.

We are predicting the winners of all the Indie Spirit Awards races. Our official odds are based on a combination of five sets of predictions: the predictions of film Experts, Gold Derby Editors who cover awards year-round, the Top 24 Users who got the top scores predicting last year’s Spirit winners, the All-Star Top 24 who got the highest scores when you combine the last two years’ Spirit results, and hundreds of total Users who make up the largest (and often savviest) bloc of predictors.

“Moonlight” will win four Indie Spirt Awards including Best Picture according to the official racetrack odds at Gold Derby. With all of our experts, along with our in-house editors and most of our readers are backing its bid, this character study has leading odds of 1/10. That puts it far in front of “Manchester by the Sea” (25/1 odds) and “Jackie” (50/1). However, the stars of those films, Casey Affleck and Natalie Portman, are expected to win the top acting awards.