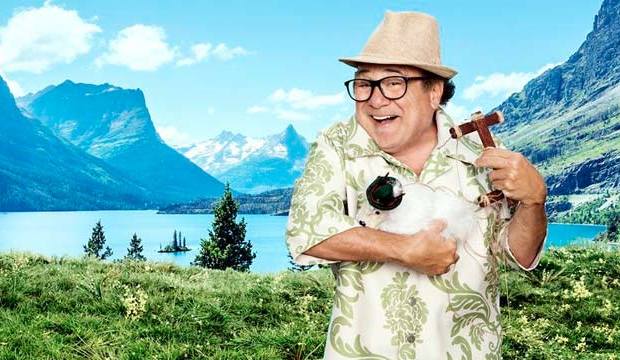 Film fans are salivating as we’re just days away from the 2017 Oscar nominations being revealed, but would you believe that Emmy Awards campaigning has already kicked off? FXX has jump-started Emmy season with their clever FYC mailer for one of TV’s longest-running comedies, “It’s Always Sunny in Philadelphia.” The show’s mailer is simple, but brilliant in that it never mentions the network or show itself, leaving it up to voters to pop in the DVD and find out that it belongs to the FXX laffer — which this voter had to do right away, out of curiosity. See exclusive photos below.

We may be about six months away from Emmy nominations being announced and about eight from the actual awards ceremony, but “It’s Always Sunny in Philadelphia” is making sure it’s first out of the gate and into voters’ mailboxes. That’s a strategy that paid off for Lifetime and A+E last season with its then-freshman drama series “UnReal.” As the first Emmy FYC campaign out of the gate, it went on to score two major nominations: Best Drama Writing (Marti Noxon and Sarah Gertrude Shapiro) and Best Drama Supporting Actress (Constance Zimmer).

Dish all things TV with Hollywood insiders in our notorious forums

The FYC mailer also reminds voters that it’s not too late to get into the show and “especially to vote for it for Outstanding Comedy Series and in all other categories,” and asks voters not to “let one of the most well-loved, well-regarded, consistently entertaining shows of the new Golden Age of Television go unrecognized.” Now in its 12th season, “It’s Always Sunny in Philadelphia” — which premiered on January 4 and set a ratings record for FXX — sent voters the first four episodes of the new season: “The Gang Turns Black,” “The Gang Goes to a Water Park,” “The Gang Tends Bar” and “Old Lady House: A Situation Comedy.”

Golden Globes 2017: How well did they spread the wealth among TV networks & film studios?

Do you think this Emmy strategy will work for “It’s Always Sunny in Philadelphia” the way it did for “UnReal”? Vote in our poll below the photos and then sound off in our famously fun and crazy TV forum.