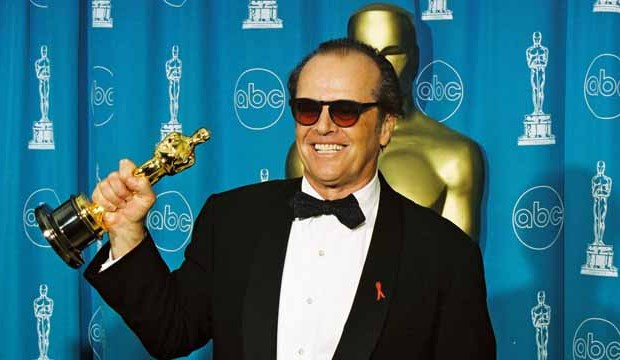 An American remake of this year’s Oscar frontrunner for Best Foreign Language Film, “Toni Erdmann,” is the first project to lure the legendary actor Jack Nicholson out of semi-retirement. His last film was “How Do You Know” in 2010 for director James L. Brooks. Will this movie comeback be Nicholson’s chance to extend his Academy Awards records for nominations and wins?

Oscar-winning writer Adam McKay (“The Big Short”) will executive producer along with the German comedy’s director/writer Maren Ade, Jonas Dornback, Janine Jackowski, Will Ferrell, and Jessica Elbaum. Paramount will distribute but is still looking for the director and writer of the new effort. Nicholson’s leading lady will be Kristen Wiig (“Bridesmaids,” “Ghostbusters”).

Nicholson is the all-time record holder among actors with 12 Oscar nominations. That ties him with Katharine Hepburn but is quite a long way from Meryl Streep with 20 (her latest this year for “Florence Foster Jenkins”). He is tied with Walter Brennan and Daniel Day-Lewis with three acting wins for men. Streep and Ingrid Bergman also have three, while Hepburn has four.

Let’s look back at the extraordinary Oscar career for Nicholson:

Dish the Oscars ceremony details in our notorious forums