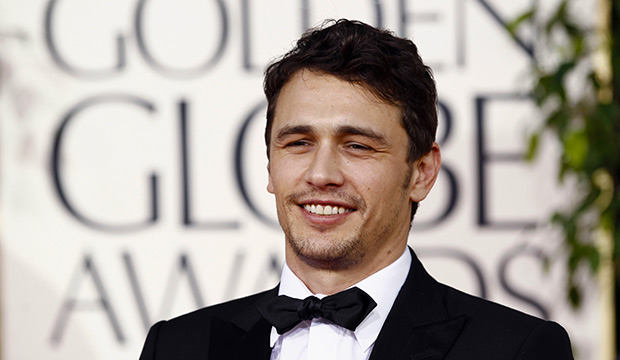 James Franco is favored by Gold Derby overall with 7/2 odds, to win the Golden Globe Award for Best Film Comedy/Musical Actor at the 2018 ceremony. His performance as contemporary cult filmmaker Tommy Wiseau in the biopic “The Disaster Artist” has been showing at festivals since March and will begin its theatrical run next month. At 4/1, Franco’s odds are only slightly longer in the Best TV Drama Actor category for his dual role as twins Vincent and Frankie Martino in the 1970s-set “The Deuce” on HBO. He trails Sterling K. Brown’s 2/1 odds for his turn as trader Randall Pearson in family epic “This is Us” on NBC.

SEE“The Disaster Artist” teaser: Franco makes one of the worst movies ever

If Franco wins on the film side and bests Brown on the television side, Franco would be the first man ever to win a pair of acting awards from the Hollywood Foreign Press Association in the same year. Three actresses have achieved this feat:

Joan Plowright was next, winning for 1993 in Best Film Supporting Actress for “Enchanted April” and in Best TV Supporting Actress for “Stalin.” Plowright would go on to an Oscar nomination for the former and an Emmy nomination for the latter, but would win neither. She had never nominated by the Oscars, Emmys or Globes before and has not been nominated since.

Kate Winslet is the most recent simultaneous double acting winner, for 2008 in the same categories that Weaver won. She was Best Film Drama Actress for “Revolutionary Road” and Best Film Supporting Actress for “The Reader.” These represented Winslet’s sixth and seventh Globe nominations of eleven to date; she won a further two this decade, as Best TV Movie/Mini Actress for 2011’s “Mildred Pierce” and Best Film Supporting Actress for 2015’s “Steve Jobs.” Winslet went on to an Oscar, as well as a slew of other awards, for “The Reader” in the leading category, which precluded a dual nomination for “Revolutionary Road.”

SEE2018 Oscar predictions: A24 follows up ‘Moonlight’ with ‘Lady Bird,’ ‘The Florida Project,’ ‘The Disaster Artist’

The HFPA has a history of appreciating Franco more than his peer groups. For his lead role in the 2001 made-for-television movie “James Dean” on TNT, Franco won a Golden Globe, but was merely nominated at the Emmys and Screen Actors Guild Awards. For 2008’s “Pineapple Express,” Franco scored his second Globe nomination, in Best Film Comedy Actor; this was his only major nomination for the role.

Franco’s chief obstacle to dual wins is Sterling K. Brown, who has a history of being underappreciated by the Hollywood Foreign Press. Brown was not even nominated for “This is Us” at the Globes last year when he contended in the supporting category. He then went on to win for the same role at the Emmys in the leading category (and was nominated at the Screen Actors Guild Awards in the mixed lead and supporting category). Brown was nominated by the Globes last year for his supporting turn in “The People v. O.J. Simpson,” but he was bested by perennial Globe favorite Hugh Laurie in “The Night Manager,” a performance that Brown defeated when he won his Emmy and Critics’ Choice Awards. Before Globe nominations were announced last year, Brown led all contenders in his category with 19/10 odds.

SEE“The Deuce” reviews: Franco stars in drama from creator of “The Wire”

Make your Golden Globe predictions in every category for both film and television. You can change your predictions until nominations are announced on December 11. Also use the Gold Derby predictions center for other awards like the Oscars and reality shows like “Survivor.”