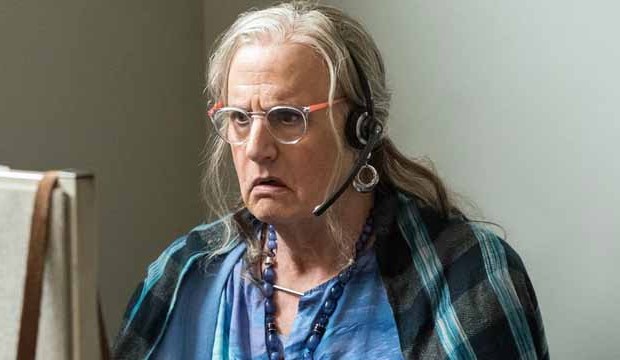 “I don’t see how I can return to ‘Transparent,'” Jeffrey Tambor told our sister site Deadline after sexual harassment allegations were made against the actor by co-star Trace Lysette. Alluding to “the politicized atmosphere that seems to have afflicted our set,” Tambor has made the decision to leave the Amazon comedy that earned him two Emmys as the title role of transgender parent Maura Pfefferman. This begs the question: Will YOU still watch “Transparent” without Tambor? Vote in our poll below.

In his statement, Tambor continued, “Playing Maura Pfefferman on ‘Transparent’ has been one of the greatest privileges and creative experiences of my life. What has become clear over the past weeks, however, is that this is no longer the job I signed up for four years ago.” Tambor now joins Louis C.K. (“Louie”) and Kevin Spacey (“House of Cards”) as the latest Hollywood stars to be engulfed in sexual harassment allegations, resulting in their controversial departures from their networks and shows.

“I’ve already made clear my deep regret if any action of mine was ever misinterpreted by anyone as being aggressive, but the idea that I would deliberately harass anyone is simply and utterly untrue,” Tambor said about the allegations. As Deadline reported, Tambor’s option for a fifth season “had not actually been picked up” in the first place.

Season 4 of “Transparent” debuted September 21 on Amazon, with a new round of awards just on the horizon for these 10 episodes. Tambor won back-to-back Emmys for “Transparent” as Best Comedy Actor in 2015 and 2016, though he was bested this year by Donald Glover (“Atlanta”). In addition, he won the Golden Globe for this role in 2015, the Screen Actors Guild Award in 2016, and two consecutive Critics’ Choice Awards in 2015 and 2016.