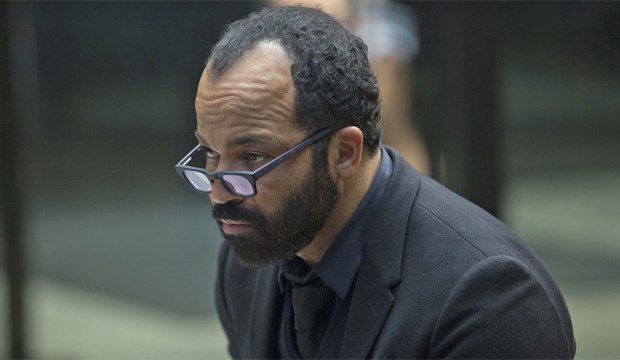 In HBO’s critically acclaimed science-fiction series “Westworld,” Jeffrey Wright gives the most heartfelt and layered performance of his career thus far as Bernard Lowe, head programmer at the western-themed park who is more than he initially seems. Wright is already an Emmy favorite, having claimed the supporting trophy for the miniseries “Angels in America” (2004), which was also an HBO program. Will he now win an Emmy bookend?

So far for “Westworld,” Wright has earned a nomination as part of the show’s ensemble at the SAG Awards, though he and even Critics’ Choice Award winner Evan Rachel Wood missed out on individual SAG bids. However, since the SAG TV categories combine lead and supporting actors and have just five nominees instead of six like with the Emmys, Wright shouldn’t be too worried about his snub there.

During the first season of “Westworld,” Wright’s character has an incredible arc that could woo Emmy voters who appreciate believable and emotional character development. At the end of the show’s seventh episode “Trompe L’Oeil,” it is revealed that his character is not actually human, but an artificially intelligent “host” just like Wood’s Dolores, Thandie Newton‘s Maeve, and all the other robots at the theme park.

More devastatingly, it is revealed that his memories of his son are completely fabricated, and in the penultimate episode “The Well-Tempered Clavier,” he finds out his true nature once again after the sinister founder of “Westworld,” Dr. Robert Ford (Anthony Hopkins), wipes his memory of the revelation. Bernard is shocked to discover not only that the false memory of his son is actually the “cornerstone” around which his entire personality his entwined, but that he was made in the image of Dr. Ford’s deceased partner from the early development of the park, Arnold Weber.

Due to “Westworld’s” overall popularity, Wright could easily earn a nom as Best Drama Supporting Actor category at the Emmys, as could his co-star Ed Harris. The crowded field is filled with an inordinate amount of performances from other beloved shows, such as John Lithgow and Jared Harris (“The Crown”), Michael McKean and Jonathan Banks (“Better Call Saul”), Michael Kelly (“House of Cards”), Ron Cephas Jones (“This Is Us”), Jon Voight (“Ray Donovan”) and David Harbour (“Stranger Things”). How will the Emmys choose?