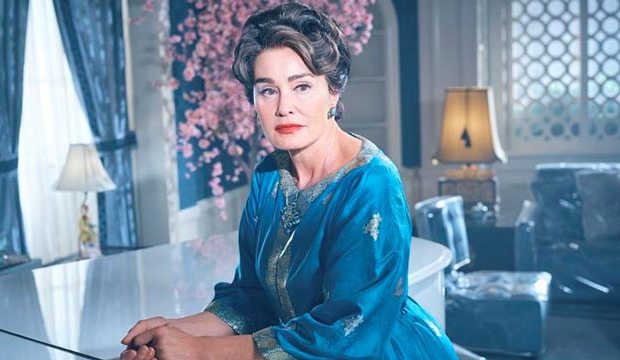 Last year, Jessica Lange won a Tony Award for her heartbreaking performance as the drug-addicted Mary Tyrone in Eugene O’Neill‘s “Long Day’s Journey Into Night.” With that, she joined a group of 21 thespians who have won the Triple Crown. No, there is no horse racing involved in this honor. Rather, it refers to performers who have claimed each of the three major awards for achievement in American the film, television and theater: the Oscar, the Emmy and the Tony.

For those who know Lange only from the “American Horror Story” franchise, here’s a quick review of her awards history. She kicked off this phase of her career auspiciously in 1982 when she became the first double Oscar nominee in 39 years for her leading role in “Frances” and supporting turn in “Tootsie. She won for the latter, although many saw this as a consolation prize for losing in lead for her searing performance as the mentally tortured actress Frances Farmer to Meryl Streep who prevailed for playing a holocaust survivor in “Sophie’s Choice.”

Lange racked up three more Best Actress Oscar nominations in just seven years: “Country” in 1984 when Sally Field won for “Places in Heart”; “Sweet Dreams” in 1985 when Geraldine Page won for “A Trip to Bountiful”; and “Music Box” in 1989 when Jessica Tandy scored her Triple Crown with a win for “Driving Miss Daisy.” Lange won the Best Actress Oscar in 1994 for “Blue Sky.” She began her Emmy run in 2009 with a win for her lead role in the telefilm “Grey Gardens” followed by victories in 2012 for her supporting turn in the original “American Horror Story” limited series and her star turn in the 2014 edition “Coven.”

Lange is predicted to win her fourth Emmy this fall for her portrayal of Joan Crawford in the limited series “Feud: Bette and Joan.” Should she prevail, Lange will break her two-way tie for second place among the Triple Crown winners with Booth and Mirren and match Smith’s record seven.[The original version of this post did not include Smith’s most recent Emmy win, thereby mistakenly making it a four-way tie for first.]

There is a certain irony to Crawford being the key to Lange standing alone in the record books. After all, much of “Feud” is focused on the extraordinary efforts gone to by Crawford to prevent her “Whatever Happened to Baby Jane” co-star Bette Davis from becoming the first three-time Oscar champ.

The awards won by Booth, Mirren and Smith are detailed below.