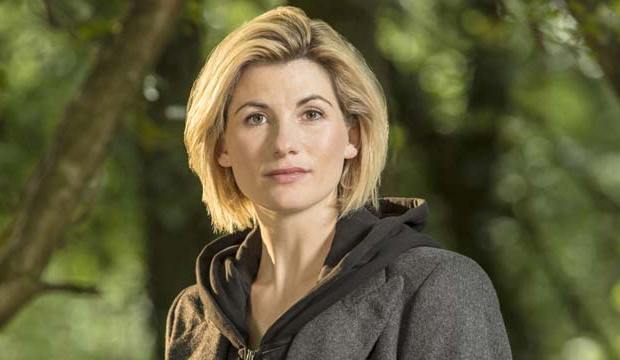 “Doctor Who” hinted a couple of times towards the end of its 10th season that the show’s next Doctor might be a woman for the first time in history, and that’s exactly what happened. The show announced on Sunday, July 16, that the role would go to Jodie Whittaker after Peter Capaldi departs the role in the Christmas special at the end of the year. So now that we’ve all had a day to digest the historic casting news, here are the top five reasons the be excited for the 13th Doctor.

It’s historic in and of itself to have a woman in the leading role. The series dates back 54 years, so it was a long time coming. But consider not just the social and cultural significance, but also the story potential. This opens up a brave new world for the Doctor. As you could see if you read any of the angrier reactions from various men’s rights activists and so-called anti-political correctness warriors online, women experience the world differently than men do. How would a woman experience the universe? In the season finale, “The Doctor Falls,” the villainous Master (John Simm) said with a sneer, “Will the future be all girl?” The Doctor replied, “We can only hope,” which indicated that even the Doctor is interested in seeing the world from another angle.

After months of speculation, it wasn’t entirely surprising that “Doctor Who” finally cast a woman, but a couple of names that had been floated around — including a couple that we asked our readers about, like Phoebe Waller-Bridge and Olivia Colman — didn’t pan out. But the fact that “Doctor Who” has thrown us a bit of a curve-ball is fine by me. It’s hard to know exactly what to expect from a Jodie Whittaker Doctor, and that makes it even more exciting.

How Will She Interact with Her Companion?

I don’t know if Bill Potts (Pearl Mackie) will be back next year. The season ended with her traveling the cosmos as a liquid-based alien life form — it’s a long story. But the show left the door open for her to return, and that would certainly make for an interesting dynamic. Bill is openly gay, so her relationship with Capaldi’s Doctor was mentor-student. But with a female Doctor things could be quite different. “Doctor Who” has explored romantic connections before — Tennant’s Doctor had an intense relationship with his companion Rose (Billie Piper), then his next companion Martha (Freema Agyeman) had an unrequited crush on him. Some kind of sapphic connection would be groundbreaking. But even if the show doesn’t go down that road, it’ll be interesting to see how the dynamic might change between a female Doctor and her companion — or companions.

Whittaker isn’t the only “Who” newcomer who’s about to join the show. Showrunner Steven Moffat is stepping down at the end of the year, to be replaced by Chris Chibnall. He’s not a complete neophyte. In fact, he’s written a half dozen “Who” episodes and eight episodes of the “Who” spinoff “Torchwood.” But it just so happens that Chibnall has just spent three seasons writing Whittaker’s role as a grieving mother in the mystery series “Broadchurch.” So he knows how to write for her, and he saw something in her that makes her Doctor material. That means the next season of “Doctor Who” will be an ongoing partnership instead of a brand new one.

DISCUSS‘Doctor Who’ with Hollywood insiders in our notorious forums

Watching “Broadchurch” is Going to Be a Trip Now

Whittaker isn’t that show’s only “Doctor Who” connection — far from it. The lead detective on the series, Alec Hardy, is played by the 10th Doctor, David Tennant. A local priest is played by Arthur Darvill, who was a companion for the 11th Doctor. And the second season of the show featured a suspect played by Eve Myles of “Torchwood” fame. Perhaps season 11 of “Doctor Who” will reveal that “Broadchurch” exists in a parallel dimension, or perhaps is another alien simulation designed to enslave the human race. Stranger things have happened in the Whoniverse.