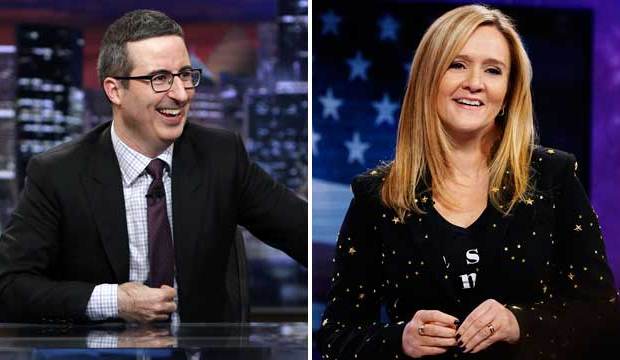 “Last Week Tonight with John Oliver” won the Emmy for Best Variety Talk Series in 2016, following a long period of dominance by “The Late Show with David Letterman” (1998-2002), “The Daily Show with Jon Stewart” (2003,2012, 2015) and “The Colbert Report” (2013-2014). Knowing how prone this category has been to dynasties, can we expect “Last Week Tonight” to keep winning even with a strong challenge this year from first-time nominee “Full Frontal with Samantha Bee”? We’ve polled 15 Expert TV journalists from top media outlets, and they say Oliver is the frontrunner, but just barely.

Bee was widely expected to be nominated in this category last year, but she was snubbed, though her show contended for Best Variety Series Writing. This time around she did break through in the top contest as well as in the race for Best Interactive Program, and she’s back with a nom for her writing team too. But the show has seven total nominations if you count the four bids for the “Not the White House Correspondents’ Dinner” event, which contends for Best Variety Special, Best Variety Special Writing, Best Variety Special Directing and Best Variety/Nonfiction Production Design. That’s nearly as much broad academy support as Oliver has, and after decades of dominance by male talk show hosts, voters may wish to break the glass ceiling.

Though this is Colbert’s first nomination for “The Late Show,” he has the longest track record of the three top contenders. Between his work on “The Daily Show” and “The Colbert Report” he has won nine Emmys to date, including seven for Best Variety Writing. It took him a while to find his footing in his move to the more traditional CBS talk show, but this season he beat timeslot rival “The Tonight Show Starring Jimmy Fallon” in the ratings for the first time and he has gained buzz since he returned his focus to political commentaries. This year “Late Show” is also nominated for its writing and directing, and like “Full Frontal” it contends a few more times for its variety special “Live Election Night Democracy’s Series Finale.”

The last three nominees are on the outside looking in, according to the Experts: “Late Late Show with James Corden,” “Jimmy Kimmel Live,” and “Real Time with Bill Maher.” Might they be underestimating those three shows?