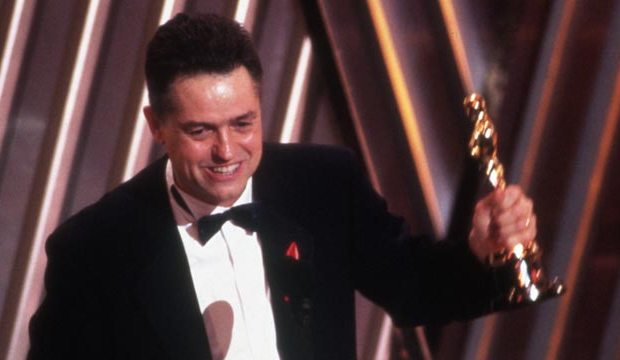 Jonathan Demme, the Oscar-winning director of “The Silence of the Lambs,” is dead after a battle with esophageal cancer and heart disease took him from this Earth after a mere 73 years. He leaves behind a legacy of classic films that will long outlive him, a body of work marked by a distinct vision and a unique talent.

Like so many filmmakers of his generation, Demme cut his teeth under independent producer Roger Corman at American-International Pictures (AIP), helming the exploitation classics “Caged Heat” (1974), “Crazy Mama” (1975), and “Fighting Mad” (1976). He also directed an episode of “Columbo” in 1978, “Murder Under Glass,” in which the rascally lieutenant Columbo (Peter Falk) must catch a murderous food critic (Louis Jourdan).

Related: Jonathan Demme obituary for ‘Silence of the Lambs’ director

The success of “Melvin and Howard” allowed Demme to carve out a new niche as one of the premiere directors of screwball comedies. His “Swing Shift” (1984) and “Married to the Mob” (1988) reaped Supporting Actress and Actor Oscar bids for Christine Lahti and Dean Stockwell respectively, but the jewel of the bunch was “Something Wild” (1986), a wacky road trip fantasy about a free-spirited woman (Melanie Griffith) who kidnaps an uptight yuppie (Jeff Daniels) for a weekend of fun. Their budding romance is complicated, however, by the arrival of the woman’s violent ex-con husband (Ray Liotta). “Something Wild” showed Demme to be a master of tone: a moment of uproarious laughter could turn deadly serious in the blink of an eye, yet there was never a false moment in his hands. Griffith, Daniels, and Liotta all received Golden Globe nominations for their work.

During this same period, Demme also found time to direct the innovative “Swimming to Cambodia” (1987), which brought Spalding Gray‘s one-man show to the screen, and the Talking Heads concert documentary “Stop Making Sense” (1984), among other music videos and shorts.

Given his filmography, Demme would have seemed an odd choice to helm “The Silence of the Lambs” (1991), an adaptation of Thomas Harris‘ disturbing novel about a young FBI cadet (Jodie Foster) who seeks the help of an imprisoned cannibal (Anthony Hopkins) to catch a serial killer. Yet under Demme’s taut and suspenseful direction, the film became an instant classic, and Hopkins’ performance as Dr. Hannibal Lecter entered the lexicon of great movie villains. The film won Oscars for Best Picture, Best Director, Best Actor, Best Actress, and Best Adapted Screenplay (Ted Tally), joining “It Happened One Night” (1934) and “One Flew Over the Cuckoo’s Nest” (1975) as one of only three films to sweep the top five prizes.

The film also allowed Demme to enter the next phase of his career as a director of dramas. “Philadelphia” (1993) won a Best Actor Oscar for Tom Hanks as a gay lawyer dying of AIDS and suing the law firm that wrongfully fired him, at a time when the disease was still being largely ignored. His “Beloved” (1998), an adaptation of Toni Morrison‘s Pulitzer Prize-winning novel about a former slave (Oprah Winfrey) haunted by the ghost of her dead baby (Thandie Newton), was an under-appreciated gem. “The Manchurian Candidate” (2004) was that rare remake that brought a unique perspective to a classic film. And “Rachel Getting Married” (2008) brought us a side of Anne Hathaway we had never seen before, as an unhinged woman fresh out of rehab crashing her sister’s (Rosemarie DeWitt) wedding; she received a Best Actress Oscar nomination for her efforts.

Demme never lost his appreciation for music and nonfiction, and in later years worked mostly in the documentary realm. Some of his later classics of the form include “The Agronomist” (2003), “Neil Young: Heart of Gold” (2006), “Jimmy Carter Man From Plains” (2007), and “Justin Timberlake + the Tennessee Kids” (2016). He also dipped his toes back into television, helming episodes of “Enlightened,” “The Killing,” and “The New Yorker Presents.”

Very few appreciations of Demme were written during his life. Perhaps his ability to move so effortlessly from one genre to the next made it hard to pin him down as an auteur. Yet certain stylistic flourishes, such as his striking use of closeups to make the audience feel as if the character is talking directly into their skull, served to influence several filmmakers, including Paul Thomas Anderson.

If nothing else, Demme will forever be remembered for directing one of the all-time greatest Best Picture winners, and that’s a legacy that very few can attest to. Those who delve into his entire filmography will find a unique talent, one of the most distinct in American movies. He will be missed.